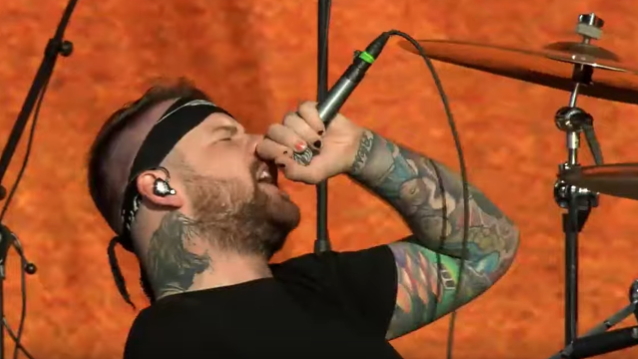 A new BEARTOOTH song called "Devastation" can be streamed below. The track is expected to appear on the band's fourth studio album, tentatively due later in the year.

Last July, BEARTOOTH singer Caleb Shomo told "Mosh Talks With Beez" about the writing and recording sessions for the band's new disc: "I worked on a lot of this album on the road — a whole lot of this record. We honestly could not have been luckier with the way our record cycle laid out.