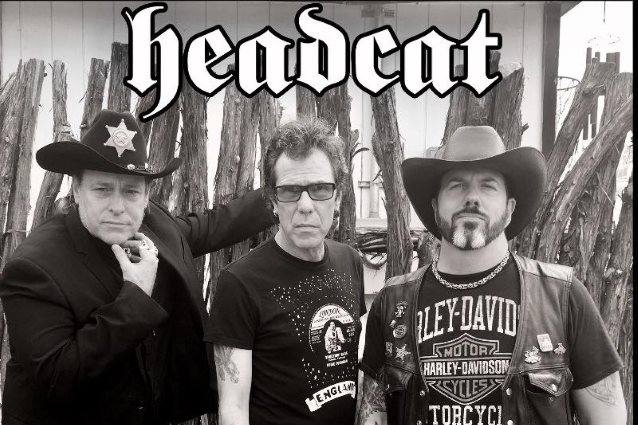 Fan-filmed video footage of HEADCAT's June 21 performance at Come And Take It Live (Grizzly Hall) in Austin, Texas can be seen below.

In 1999, Lemmy (MOTÖRHEAD), Slim Jim Phantom (THE STRAY CATS) and rockabilly guitar-slinger Danny B. Harvey (ROCKATS) teamed up to create a high-energy, take-no-prisoners combo to remind the world how rock 'n' roll was supposed to sound. For over sixteen years, HEADCAT (formerly THE HEAD CAT) continued doing just that to the accolades of fans worldwide.

Which brings us to the spring of 2017. Along with new HEADCAT bassist and vocalist — former MORBID ANGEL frontman David Vincent — HEADCAT have recently recorded a heartfelt and rockin' tribute to their late friend Lemmy Kilmister, appropriately titled "Born To Lose, Live To Win".

The song was released digitally worldwide on June 23 and will be available on a very limited-edition seven-inch single (only 300 copies pressed!). The seven-inch vinyl singles will be available at the band's European shows this August, including at this year's Wacken Open Air festival — where the band will be performing two sets throughout the weekend.

"Lemmy was my true pal for 35 years," says Slim Jim Phantom. "The HEADCAT 'Born To Lose, Live To Win' track is a tribute to his spirit, image and love of original rock and roll. With his gang, MOTÖRHEAD, he made an everlasting impact on their fans, and like his famed Rickenbacker/Marshall spine tingling feedback, their legacy will continue to resonate for a long time."

Danny B. Harvey continues: "This single is both dedicated to, and a tribute to our dear friend and fallen leader. As just about every Lemmy fan knows 'Born To Lose, Live to Win' was not only tattooed on Lemmy's arm but also the credo he lived his life by. Rest in peace, my friend." 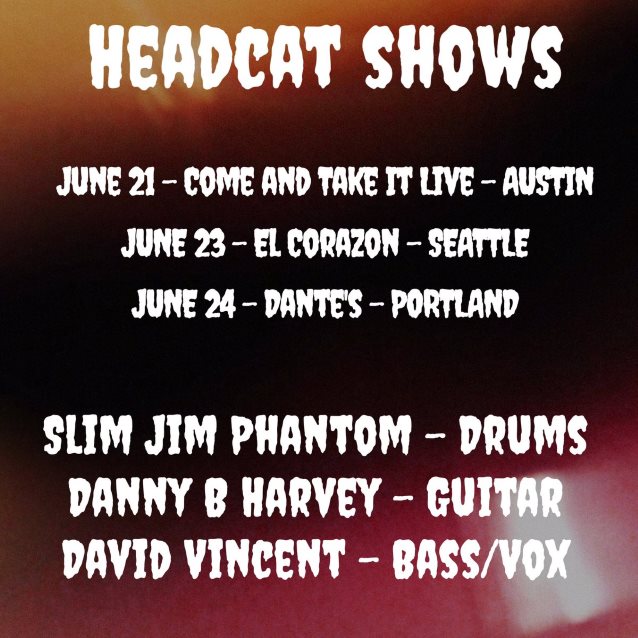