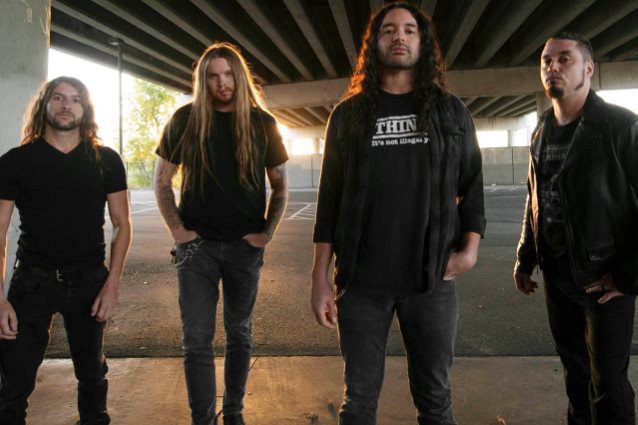 "Intention To Deceive", the new video from U.S. thrashers HAVOK, can be seen below. The song is taken from the band's new full-length studio album, "Conformicide", which will be released on March 10 via Century Media Records. The new track continues to display the band's unwavering commitment to the indelible thrash metal ethos of diverting from the status quo and rejecting widespread corruption within the government and mainstream media.

In addition to "Conformicide" being released on CD, digital and streaming platforms, the album will also be available in an array of limited-edition vinyl colors.

"'Conformicide' is faster and way angrier than [2013's] 'Unnatural Selection'," says HAVOK guitarist/vocalist David Sanchez. "On this album, the music is very layered and dynamic and the lyrics say a lot about the current state of the world."

"To us, a song is a collection of music that will get stuck in your head," Sanchez says. "Where every musician gets to shine, and dynamics are utilized to add peaks and valleys to the music — to take the listener on a musical roller coaster ride. After that musical foundation is there, we like to throw meaningful, thought-provoking lyrics on the top of the riff mountain and that’s where the songwriting process usually starts... With the almighty riff — the lifeblood of a good metal song. We slap a couple riffs together, then put drums and bass to it, then begin experimenting with guitar harmonies and different lines that the second guitar can play. Vocal rhythms and melodies are usually the last things to be solidified."

HAVOK replaced former bassist Mike Leon with the finger-flying Schendzielos in 2015. The change, as Sanchez puts it, was necessary for HAVOK to continue to steamroll the competition. The addition of Schendzielos is immediately noticeable on "Conformicide". The five-stringer from Evergreen, Colorado blows minds throughout.

"Nick brings a fresh approach to the songwriting process," says Sanchez. "And he lends a different perspective on the bass lines in our music. He's a fantastic bass player and fun to watch on stage. Nick's positive attitude, stellar musicianship, and passion for performing are huge assets to HAVOK. We're all stoked to have him with us."

Produced, engineered, and mixed by Steve Evetts (SEPULTURA, THE DILLINGER ESCAPE PLAN, M.O.D., WARBRINGER) at his studio in Garden Grove, California, "Conformicide" sounds massive and angry yet crisp and intense. It's the kind of production most bands of HAVOK's origin dream of.

"Steve did a killer job with the natural sound of the drums and accurately portrayed our live guitar tones and overall sound," grins Sanchez. "We're stoked on the sonic quality of the record and think it's our best-sounding album so far."

Meanwhile, HAVOK continues to tour extensively throughout North American and is currently on the "World Gone Mad" tour with the iconic SUICIDAL TENDENCIES and CROWBAR. Following that run, the band will participate in a brief West Coast trek (with WARBRINGER) before beginning their European dates. 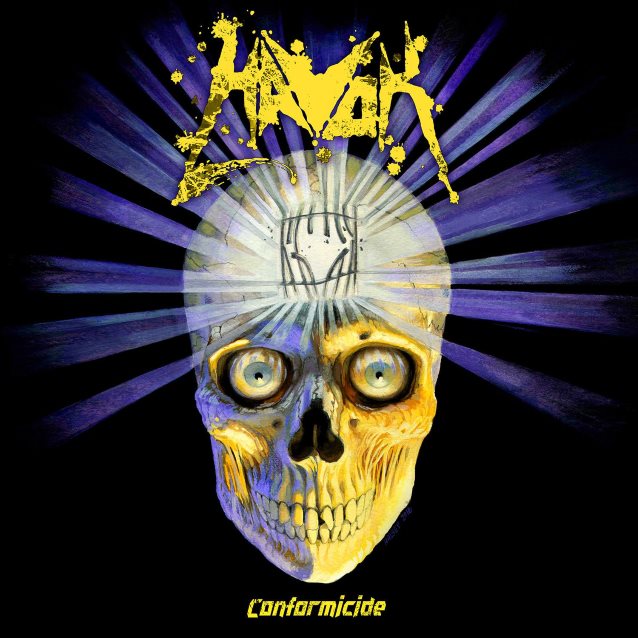