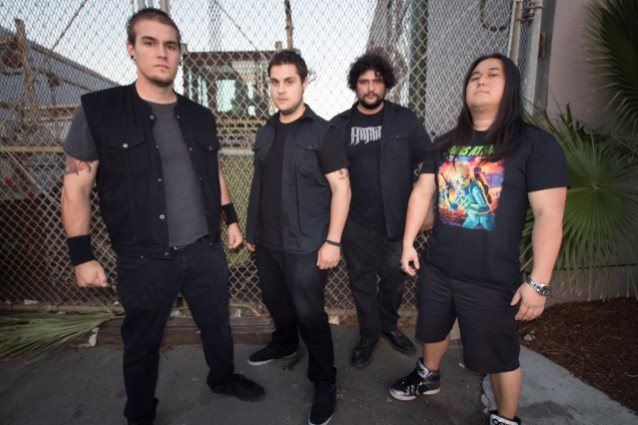 "Carnival Of Execution" was written by guitarist Kosta Varvatakis, with lyrics by Cody and drummer Nick Souza.

In the next month or so, HATRIOT plans to release a lyric video for another new song called "Frankenstein Must Be Destroyed".

The band will return to Trident Studios with producer Juan Urteaga later this year to begin recording its third album. Zetro will produce the effort and will help out lyrically.

In a 2015 interview with DC Heavy Metal, Zetro stated about HATRIOT: "[Cody] does a really, really good job at [the vocals for the band]. So him and I are writing songs together 'cause he's not a lyricist yet, but he's learning and he's gonna be great. I'm watching over them. I'm making sure they get going."