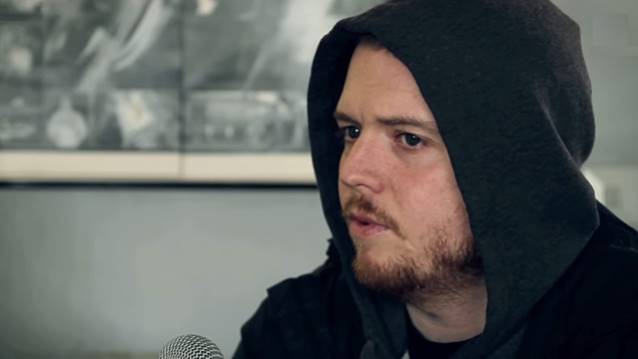 JASTA, the solo project of HATEBREED frontman Jamey Jasta, has unleashed a new track titled "The Immortal", written as the entrance song for UFC fighter Matt "The Immortal" Brown.

Fans can purchase both extended and original versions of the track at jastahq.bandcamp.com.

"The Immortal" will be released on March 10 via iTunes and will also be available for streaming via Spotify.

Jasta states: "I've been thinking about releasing new JASTA tunes for a while now, so when Matt 'The Immortal' Brown asked me if I'd be interested in putting something together for his entrance music, an idea instantly came to mind. I'm a big fan of his, so this worked out perfectly. Matt is fighting March 14th at UFC 185; it's gonna be a war!"

Make sure to catch Matt "The Immortal" Brown fighting Johny "Bigg Rigg" Hendricks as part of the UFC 185: Pettis vs. Dos Anjos pay-per-view main event on March 14 in Dallas, Texas.

Catch JASTA performing at this year's New England Metal & Hardcore Festival on April 17 at The Palladium in Worcester, Massachusetts.

Jamey Jasta's debut solo album, "Jasta", sold around 4,000 copies in the United States in its first week of release to debut at position No. 133 on The Billboard 200 chart. The CD landed at position No. 1 on the Top New Artist Albums (Heatseekers) chart, which lists the best-selling albums by new and developing artists, defined as those who have never appeared in the Top 100 of The Billboard 200.

"Jasta" was released in North America on July 26, 2011 via eOne Music and in Europe one day earlier through Century Media Records.

During an interview with Metal Assault, Jamey stated about his solo album, "It's just more of the thrash and rock element in it. I think there's a lot more clean singing than I'm used to doing. It's a lot of stuff that I recorded for other artists, but it ended up sounding cool so I just left it in there. My engineer was really liking the stuff that I was doing. I still have a lot of guest parts on there Randy Blythe from LAMB OF GOD, Zakk Wylde, Phil Labonte [of ALL THAT REMAINS], Tim from AS I LAY DYING, Mark Morton from LAMB OF GOD so it's just like a fun project before we do the next HATEBREED album."