Polish extreme metallers HATE will release their new album, "Crusade: Zero", on February 10 in North America via Napalm Records. The follow-up to 2013's "Solarflesh" was recorded at Hertz Studio in Bialystok, Poland with the Wieslawski brothers.

The official video for the song "Valley Of Darkness" can be seen below.

Commented HATE guitarist/vocalist Adam "ATF Sinner" Buszko: "While you wait for 'Crusade:Zero' to attack your senses quite soon, we give you this blasphemous and haunting picture for the song 'Valley of Darkness'.

"I chose this song as a first glimpse into 'Crusade' because of its morbid seriousness and blasphemous atmosphere which, I believe, constitues a main foundation for the album.

"The song is a requiem for the civilization as we know it. All you do is 'following a death cult caravan through valley of darkness...'"

HATE in March 2014 announced the addition of drummer Pawel "Pavulon" Jaroszewicz to the group's ranks. 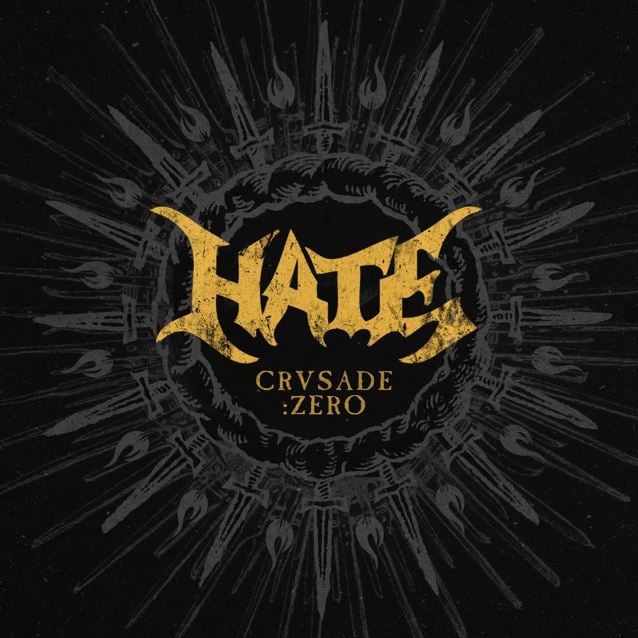