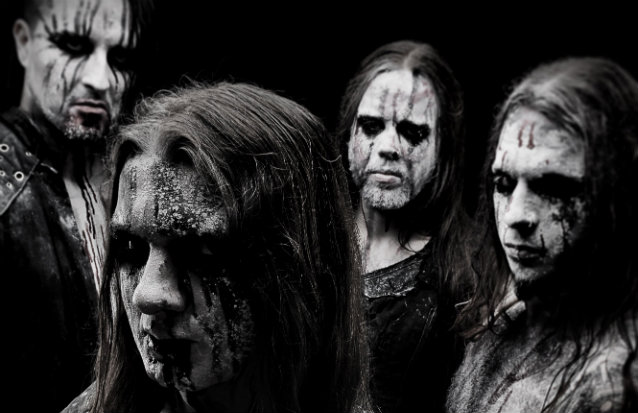 Polish extreme metallers HATE have entered Hertz Studio in Bialystok, Poland with the Wieslawski Brothers to begin recording their new album tentatively titled "Crusade:Zero". The follow-up to 2013's "Solarflesh" will contain 8 new songs as well as a few "bonus" tracks and will be released in November via Napalm Records.

Commented HATE guitarist/vocalist Adam "ATF Sinner" Buszko: "We have been carving this monster for months and finally we have brought it to the studio!

"Pavulon has already finished tracking drums, which sound fantastic thanks to the new recording room here. Powerful, authentic drum sound! Now we are getting down to recording guitars. Everything is going smooth so far.

"As I mentioned before, these new songs are a definition of what HATE is, and with all the experience we gained, we are getting it all on the next level now."

The band took part in the Spreading The Plague MMXIV Tour in March/April.