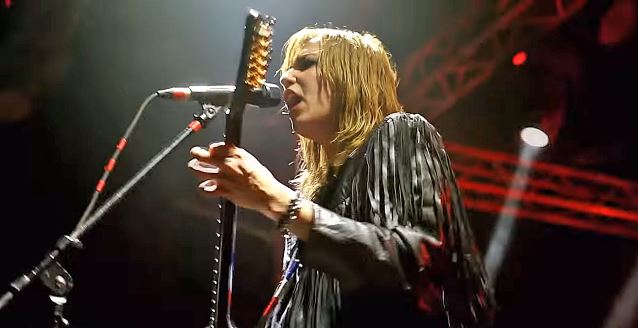 Russia's Classic Rock magazine has uploaded a nine-minute documentary on HALESTORM's February 22 performance in Moscow. The clip, which was directed by Inna Ford, includes concert footage as well as an interview with HALESTORM frontwoman Lzzy Hale and guitarist Joe Hottinger.

Speaking about the "Best Metal Performance" category at this year's Grammy Awards, Joe said: "It was interesting to see who won. I'm glad everyone who wins wins. You never know how it's gonna go. It was neat that SEVENDUST got their nomination, and we were pulling for them. Also in the same category, there were some hometown guys, AUGUST BURNS RED; it's cool that they got nominated. But we know the GHOST guys. They're nice, and we're happy for 'em."

He continued: "I really like ALABAMA SHAKES; I think they had such a cool record. It's just strange that they won 'Best Alternative' record and then they win, like, 'Best Rock Song' too. To me, they're more of an alternative band. It's a great record — I love it — but it would be cool to see hard rock a little more represented in [the] 'Rock' [category]."

She went on to say: "We know a lot of the people at The [Recording] Academy [which oversees the Grammy Awards] now, and it must be such a hard job to try to narrow all of that down and choose the best one. So, yeah, there's always things that, like, you personally are, like, 'Ah, I would have voted for that. I would have done that.' But, you know, at the end of the day, it is what it is."

HALESTORM was the surprise winner of the Grammy Award in February 2013 for "Best Hard Rock/Heavy Metal Performance." Lzzy told the Oakland Press at the time that not a lot had changed for the group since their big win. Hale explained: "It's all been great, but there's a lot of people who are like, 'Wow, they're rich!' No, no, the Grammy didn't come with a million dollars. We just got a statue."

Hale added: "I think the only thing we've really said between ourselves is, 'Maybe we should practice more,' because we have the Grammy and people expect more from us, so maybe we should work on being better musicians."

HALESTORM has announced details of a major North American headline tour. The dates begin April 1 at Reading, Pennsylvania's Reading Eagle Theatre in the Santander Arena and extend through late May. Support throughout the trek comes from special guests DOROTHY and the legendary Lita Ford. 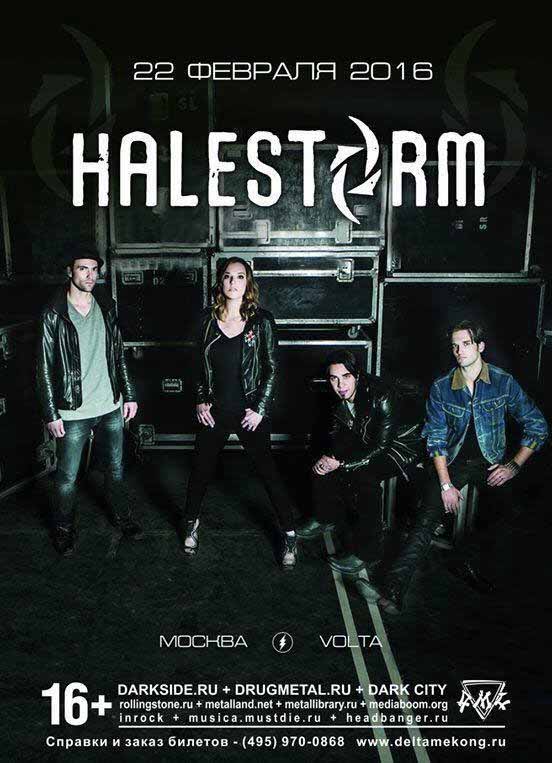