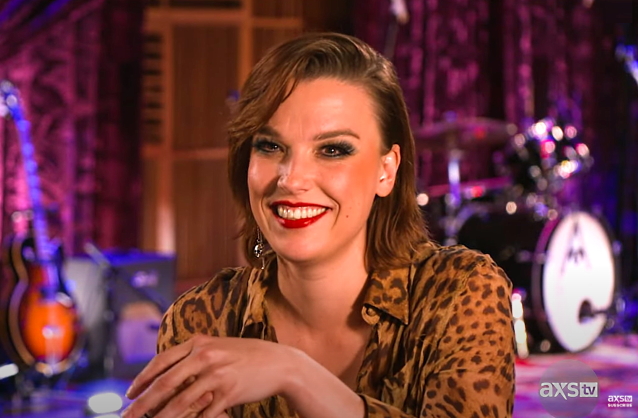 In the latest episode of AXS TV's "Rock & Roll Firsts", HALESTORM's Lzzy Hale discusses the first song she ever learned on an instrument, the first concert she attended, the first album she purchased and the first gig she ever played. Check it out below.

"Halestorm Reimagined", a collection of reworked HALESTORM original songs as well as a cover of "I Will Always Love You", the love ballad made famous by Whitney Houston and Dolly Parton, was made available on August 14.