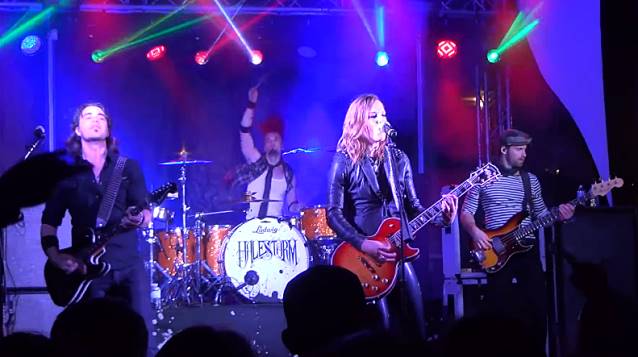 HALESTORM's cover version of the DIO classic "Straight Through The Heart" is available for streaming below (courtesy of Loudwire). The song is featured on "This Is Your Life", the tribute to album to legendary heavy metal singer Ronnie James Dio, which will be released on April 1 via Rhino.