HALESTORM's cover version of AC/DC's "Mistress For Christmas" can be streamed in the YouTube clip below.

The band says: "Hey freaks, is it too early to be saying 'Happy Holidays?' Regardless if it is or not, we're jumping into the holiday spirit today with the release of a cover of the always excellent AC/DC!

"Check out our version of 'Mistress For Christmas' and start spreading the holiday cheer to your friends and family."

The single can be downloaded via iTunes, Google Play and Amazon and is also available to stream on Spotify and Apple Music.

HALESTORM has also confirmed that it has recorded a third covers EP to follow 2011's "ReAniMate" and 2013's "ReAniMate 2.0".

The band says: "And yes, we do have a new covers EP in the works, details of which we will release very soon. This song will not be on it."

HALESTORM singer Lzzy Hale recently told Swedish outlet RockSverige that the band is continuing to write material for its next album, tentatively due next year. Hale revealed: "You have no idea the weird songs I've been writing, subject matter and musically. Musically, it's kinda been a long journey to the beginning, so we're kinda going back to our total roots. We're gonna do a rock record this time. It's like total balls to the wall, but lyrically, it's been a little weird and that's my fault."

The new record will follow up 2015's "Into The Wild Life", which was criticized by some fans for veering too far into pop music territory. As for the subject matter, Hale hinted: "I feel like this next record is gonna be the extreme on both ends where you're gonna see an extreme debaucherous side of me, which I have been very much embracing the past couple of years, and then you're gonna see an extreme hangover, vulnerable side of me." 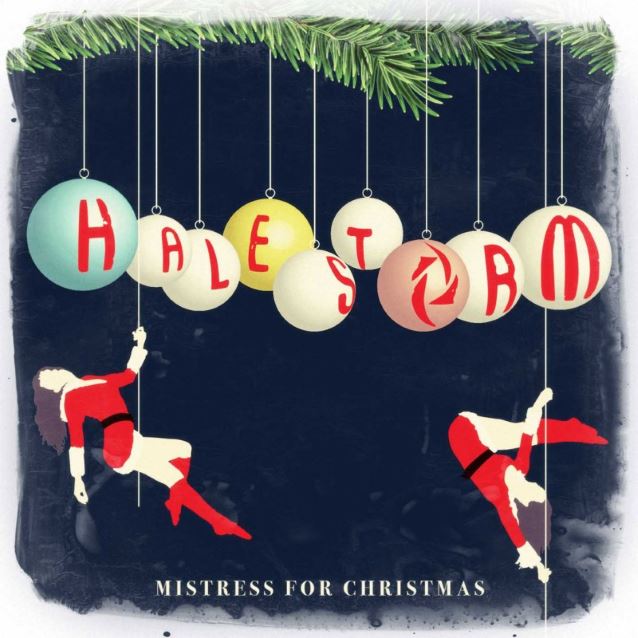