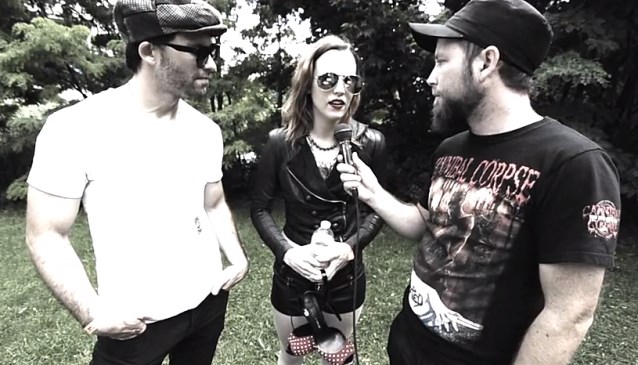 MusikUniverse.net conducted an interview with Pennsylvanian rockers HALESTORM on August 10 at the Heavy MTL festival in Montreal, Quebec, Canada. You can now watch the chat below.

Photos of HALESTORM's performance at Heavy MTL are available at this location.

The band heads to Japan this week for two shows there before returning to the U.S. and starting a new round of late summer/early fall tour dates on August 23 in Palmer, Alaska.