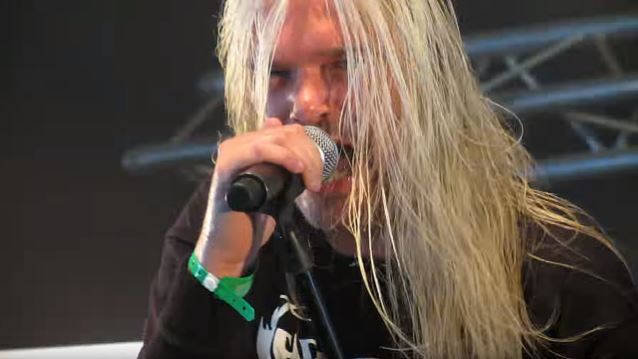 Said the band in a statement: "We are sorry to announce that Martin Van Drunen is no longer part of HAIL OF BULLETS. On a personal level, it's no longer possible for us to continue the cooperation with Martin. Unfortunately, this means we have to cancel all upcoming shows until further notice.

"This does not mean the end of HAIL OF BULLETS.

"The main reason for starting this band eight years ago was our mutual love for real death metal and to have fun playing our favorite kind of music and we did not want to lose this 'fun' part.

"We acknowledge the fact that Martin's a good singer with a distinctive voice but he's not the only great singer on this planet. We wish him all the best in his future career.