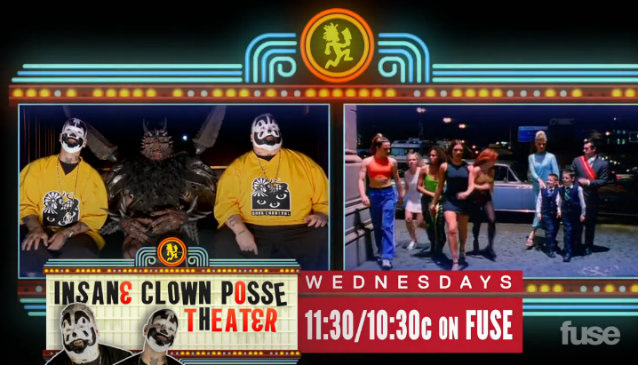 GWAR frontman Oderus Urungus will make his return to Fuse tonight as he guest stars on "Insane Clown Posse Theater". The show features Violent J and Shaggy 2 Dope's twisted take on what's new in music and popular culture. Every week, INSANE CLOWN POSSE views a mix of music videos and viral clips and provides uninhibited commentary, as only they can.

"I had a great time in the Big Apple with ICP, making fun of idiotic videos, molesting their girlfriends in the mop closet, and making entire bologna-logs disappear up my ass," said Oderus. "And, once again, Fuse had the balls to put GWAR on TV. But isn't it about time we had our own TV show? Who do I need to have sex with?"