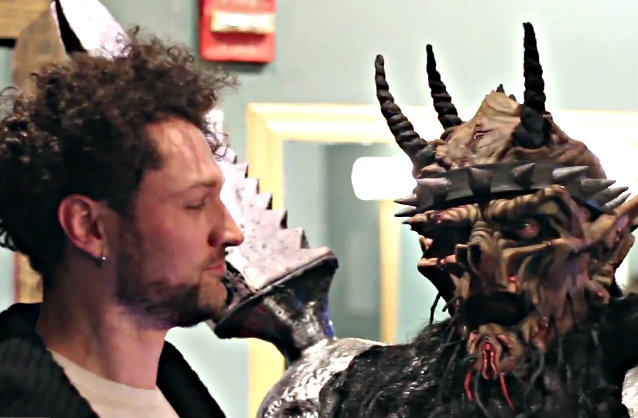 Nich Madl of Metal Riot conducted an interview with GWAR frontman Oderus Urungus in December 2013 in New York City. You can now watch the chat below.

Tickets for the shows will be available during the Creative Man pre-sale January 13-17. There will also be a presale opportunity on Japan's most important metal radio program "Power Rock Today" hosted by Masa Ito on January 18. The local Ticketmaster presale will run January 19-24 and the general public on sale begins January 25.

GWAR will bring its full show, featuring all the carnage, spew, and metallic mayhem that has enslaved legions of fans in North America and beyond. This, of course, means spontaneous beheadings and disembowelments shall be the order of the day, and a bloody attack by mutant cyborg Sawborg Destructo is sure to occur. "But the biggest reason we are going there is to reward all of those loyal and patient Japanese GWAR fans with what they have been yearning for in their blackest of dreams... an actual GWAR show," proclaims Oderus Urungus.