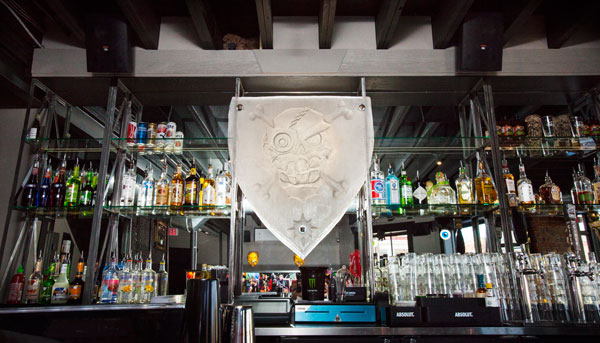 With only four hours to spare, the surviving members of GWAR made good on their late frontman Oderus Urungus's promise to open the GWARbar in 2014 when they smashed down the doors to 217 W. Clay St. Richmond, Virginia, in the historic Jackson Ward arts district, on New Year's Eve 2014. The ensuing party has yet to die down as GWAR fans, foodies and even neighborhood families revel in this brilliant new addition to the Virginia restaurant scene.

The GWARbar makes real the longtime fantasy of GWAR, the most brutal rock band in history, to open a restaurant and bar worthy of their name. The project was spurred by Jonathan Staples of James River Distillery and GWAR's departed lead singer, whose real name was Dave Brockie. Along with restaurant partner Travis Croxton of Rappahannock, GWARbar's mission is to bring "intergalactic junk food" to citizens of Richmond, Virginia and visiting GWAR fans from around the universe. The restaurant's ambience balances beauty and brutality in the band's trademark style, brought to life with the design and construction genius of Barry Griffin at Griffin Customs.

Patrons of GWARbar will enjoy sipping signature drinks out of a specially designed GWAR Tiki mug. Founder and owner, Holden Westland of Southern California's Tiki Farm, the world's largest manufacturer of Tiki mugs, has worked with GWAR to create a Tiki based on the band's characteristic visual style. This GWAR Tiki will be highly collectible, and is available exclusively at the GWARbar.

Michael Derks, GWAR guitarist, and the driving force behind GWARbar, reports: "The thing most people are surprised about is just how damn good the food is. Head chef Jeremy Dutra (drummer for Richmond's own US BASTARDS) has made my vision of gourmet junk food rock! With items like our Scumdogs (house made sausages) and McDuckets (a duck, chicken, cheese and truffle nugget) we are turning your guilty pleasures into gastronomic masterpieces!" 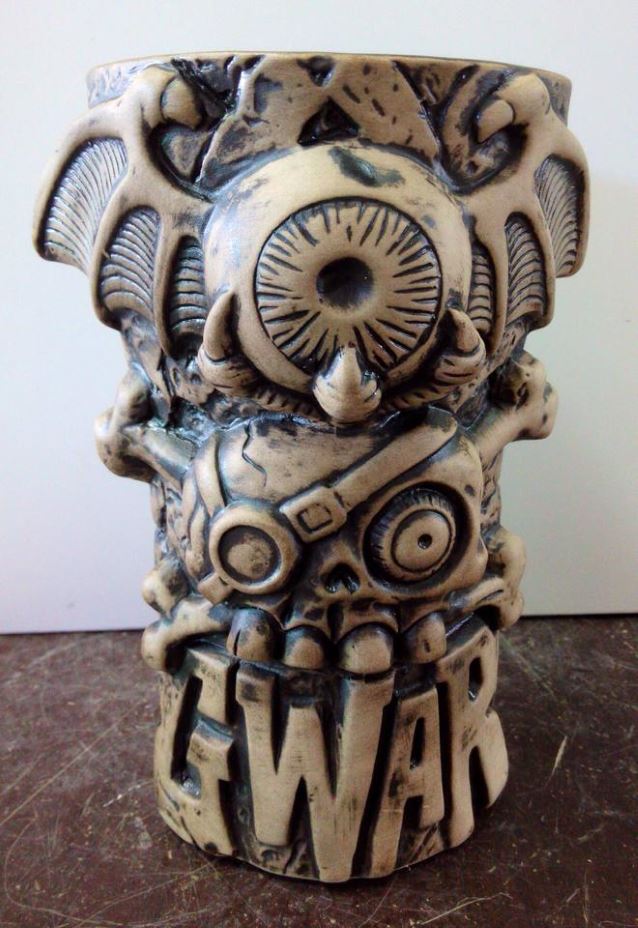