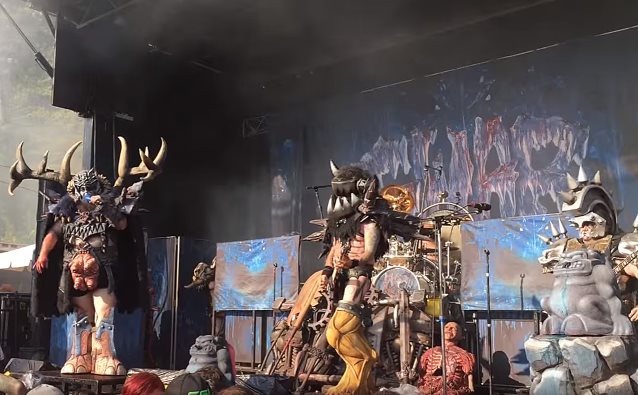 The theatrical shock rock band GWAR is working on a new studio album. According to a press release, the group is "currently searching for a producer that is brave enough to risk their life to give them the tones of the gods to make this next record stand as a testament to the next era of GWAR."

The press release adds that "GWAR has been secretly in the writing phase for months in a crackhouse of seclusion in the northside of Chicago.

"A due date for the record has not been decided but the band is grinding out what may prove to be their most savage and bloodthirsty tracks to date."

GWAR's founder, Dave Brockie, was found dead in his home in Richmond, Virginia on March 23, 2014. According to Virginia's State Medical Examiner's Office, he died from acute heroin toxicity by accidental means.