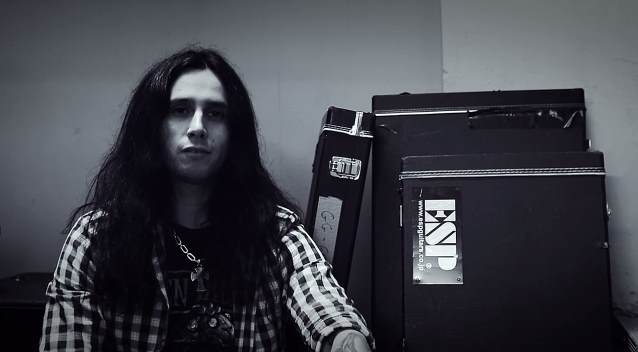 Guitar virtuoso Gus G., well known in the metal and rock universe for his work as leader of his own group FIREWIND and also as member of Ozzy Osbourne's band, kicked off his current touring campaign in support of his debut solo album, "I Am The Fire", with some shows in March in his native Greece and in Cyprus, teaming up with guitar legend and former SCORPIONS member Uli Jon Roth as well as Jorn Lande and Mats Levén.

A five-minute clip on how the idea of the "Unity" tour came together — featuring interviews with Uli Jon Roth, Gus G., Mats Levén and Jorn Lande — can be seen below.

"I Am The Fire" entered the official chart in Greece at position No. 27. The CD sold around 700 copies in the United States in its first week of release. The cover artwork was designed by Gustavo Sazes (ARCH ENEMY, KAMELOT, DREAM EVIL). 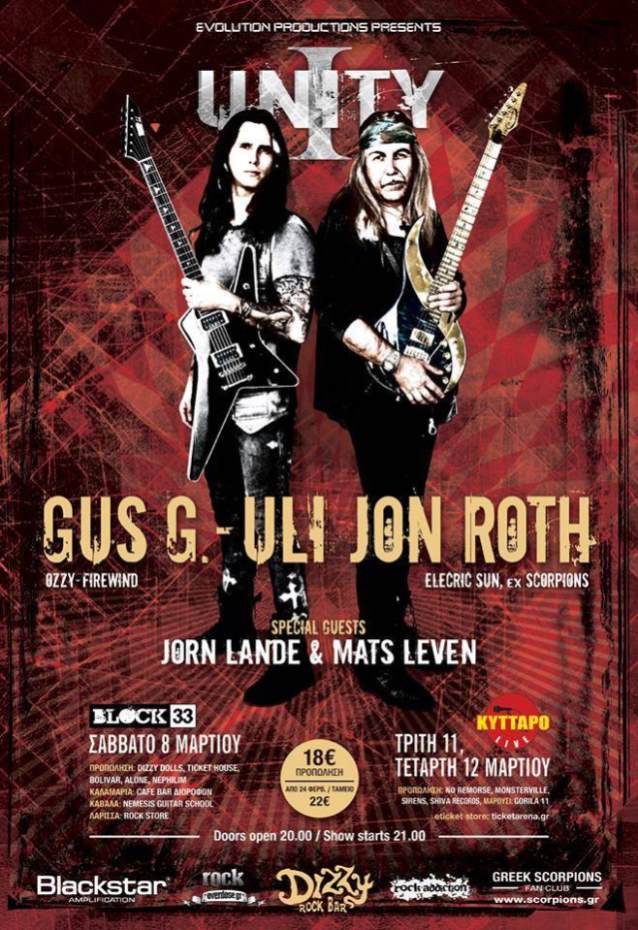