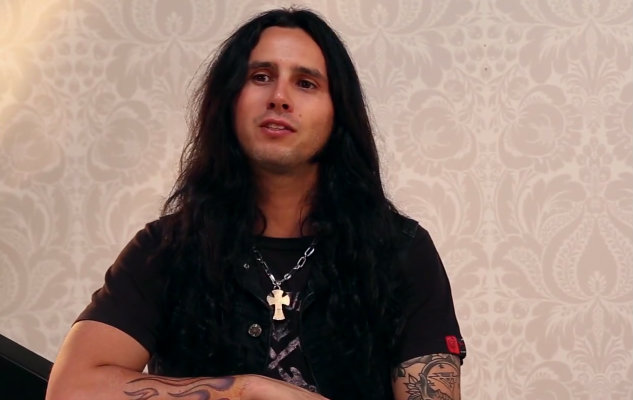 In August 2014, Musician's Friend conducted an interview with Greek guitar virtuoso Gus G., well known in rock and metal circles for his work as Ozzy Osbourne's guitarist and as leader of his own band FIREWIND. You can now watch the chat in three parts below.

Gus' debut solo album, "I Am The Fire", entered the official chart in Greece at position No. 27. The CD sold around 700 copies in the United States in its first week of release.

Gus and LYNAM will team up for a string of West Coast dates in October. The shows kick off October 15 in Los Angeles at the world-famous Whisky a Go Go and mark Gus' first solo appearances in North America.

Says Gus: "I'm very excited to play my first solo shows in North America! Expect a killer setlist with songs from my debut solo album, 'I Am The Fire', as well as material from FIREWIND, Ozzy and some surprises!"