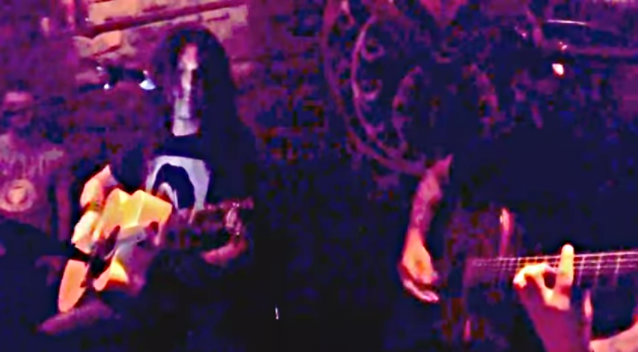 On October 3, Gus G. — well known in rock and metal circles for his work as Ozzy Osbourne's guitarist and as leader of his own band FIREWIND — and singer Mats Levén (CANDLEMASS, ex-YNGWIE MALMSTEEN, THERION) performed acoustically at the Irida rock bar in Ioannina, Greece. You can now watch video footage of their appearance below.

In mid-October, Gus will head to North America for a string of dates with LYNAM before joining up with the Metal All Stars tour in South America and Europe for touring throughout the end of the year.

A special expanded edition of Gus' solo album, "I Am The Fire", will be released in Europe on November 3 (digitally in North America on November 4). This limited CD + DVD digipak will feature four bonus tracks and a 62-minute bonus DVD (including the album's four official video clips so far, plus three live tracks, six guitar tutorials, as well as an EPK and track-by-track commentary). 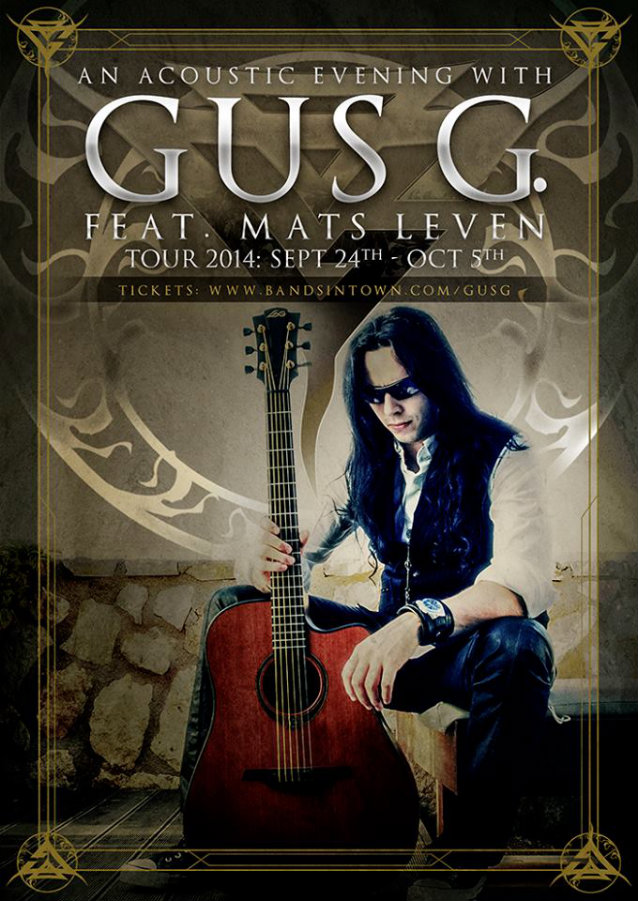