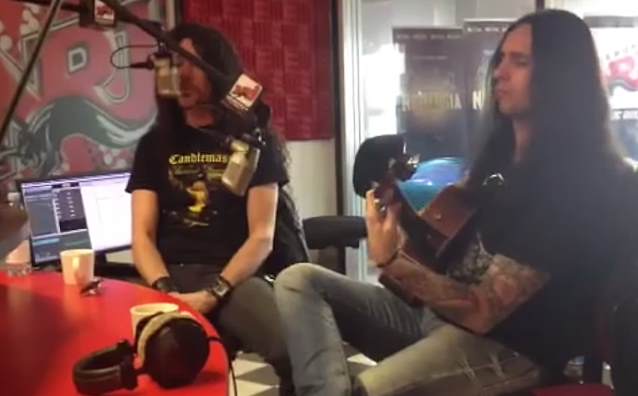 On May 2, Gus G. — well known in rock and metal circles for his work as Ozzy Osbourne's guitarist and as leader of his own band FIREWIND — and singer Mats Levén (CANDLEMASS, ex-YNGWIE MALMSTEEN, THERION) performed acoustically at the studios of the NRJ Finland radio station in Helsinki. You can watch video footage of their appearance below.