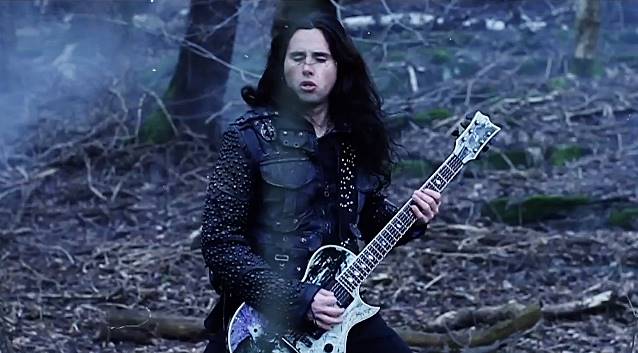 "I Am The Fire", the new video from guitar virtuoso Gus G. — well known in rock and metal circles for his work as Ozzy Osbourne's guitarist and as leader of his own band FIREWIND — can be seen below. The song, which features a guest appearance by the American hard rock band DEVOUR THE DAY, is the title track of Gus G.'s debut solo album, "I Am The Fire", which will be released on March 18 in North America via Century Media Records.