On January 30 and 31, Dexter's Entertainment Complex in Riverdale, New Jersey will present "Long Live Rock", a two-night musical spectacular boasting an all-star team-up of tri-state talent. A great way to kick off the Superbowl weekend, "Long Live Rock" will feature performances and appearances by members of SYMPHONY X, HALFORD, WINGER, GUNS N' ROSES, TRIXTER and many other rock mainstays. The current talent roster is listed below, with more names to be announced as they are confirmed. Tickets are now available at the Dexter's box office and online at TicketWeb.com. Visit the Dexter's web site for band lists and appearances schedules. 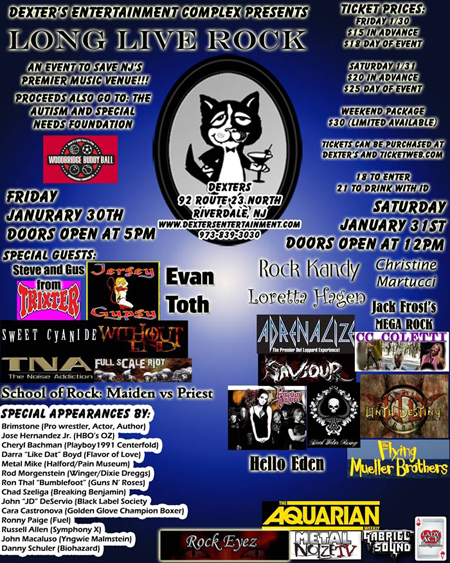