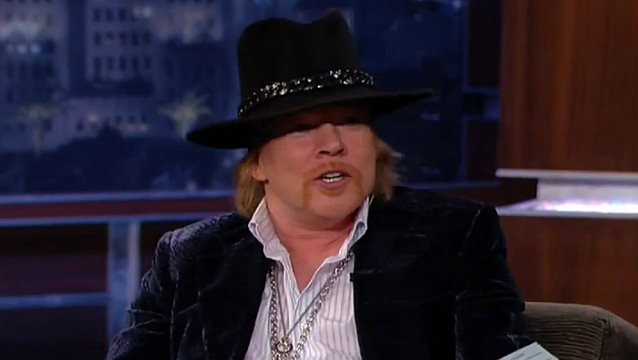 GUNS N' ROSES singer Axl Rose has commented on the controversy surrounding the Copenhagen Zoo, which killed a 2-year-old giraffe over the weekend and fed its remains to lions, saying it needed to prevent inbreeding.

The next day, he posted the following message on Twitlonger.com, a related Twitter site that allows one to send tweets that require more than 140 characters: "But seriously, let me get this straight... The Danes killed a 2-year old baby giraffe, chopped it up n' fed him to the lions (allegedly in front of kids) to avoid inbreeding rather than find a place for it. Maybe this is a big problem over there, I don't know, but I'm not getting how this deters siblings n' various other assorted Danish family members from fuckin' each other?!" He then added the "J/K" acronym/abbreviation, which stands for "just kidding," and drew a smiley face.

Rose made headlines earlier in the month when he came briefly out of seclusion to pen an op-ed piece for Billboard on the recent controversy surrounding the RED HOT CHILI PEPPERS' Super Bowl performance, during which the band pretended to play to pre-recorded guitar, bass and drum tracks.

In the somewhat mocking piece, titled "In The Name Of Science," Rose wrote, "I enjoyed the show and I've no idea what the real story is nor would I want to suggest or imply anyone wasn't actually performing or that what they were playing wasn't what we actually heard. That said, I feel it's important to always look on the positive side of things and to give the benefit of doubt."

He added, "So consider that maybe sometime before their actual performance that rather than use a guitar cord or standard wireless, that in the name of science and for all mankind Flea courageously had a newly invented breakthrough in microchip technology installed in his ass that picked up the frequencies of his bass and transmitted them to his amplifier.

Rose continued, "Maybe they all had microchips installed in their asses and not only pick up the frequencies of their instruments but get DirecTV and the Internet too! Like Google Glass... Google Ass! They could be 'Scientific Pioneers!'"

Rose then went on to say that if vocalist Anthony Kiedis wasn't really singing, the band "may have set a new world record for the largest karaoke audience ever!" 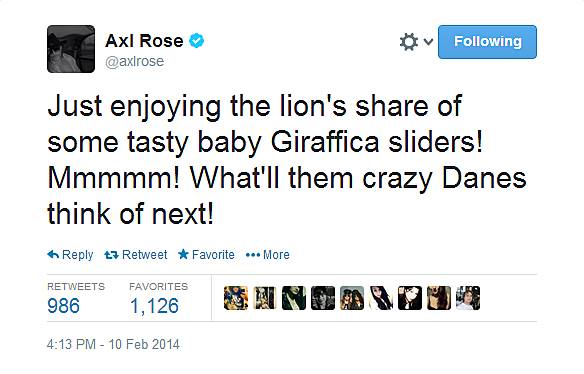