The gig marked the first time that GUNS N' ROSES performed at the iconic venue. The special event, taking place before the next leg of the band's North American "Not In This Lifetime" tour, aired live nationwide on SiriusXM's Guns N' Roses Radio. The concert also aired live on Howard Stern's Howard 101 channel.

SiriusXM's Guns N' Roses Radio features music from the Rock And Roll Hall Of Fame inductees' entire iconic career, including the 1987 "Appetite for Destruction" album, which is celebrating its thirtieth anniversary. The SiriusXM channel also includes music by artists who have influenced GUNS N' ROSES, live tracks and rarities.

Sweet Child O' Mine LIVE from The Apollo Theater in Harlem

November Rain LIVE from the Apollo Theater in Harlem 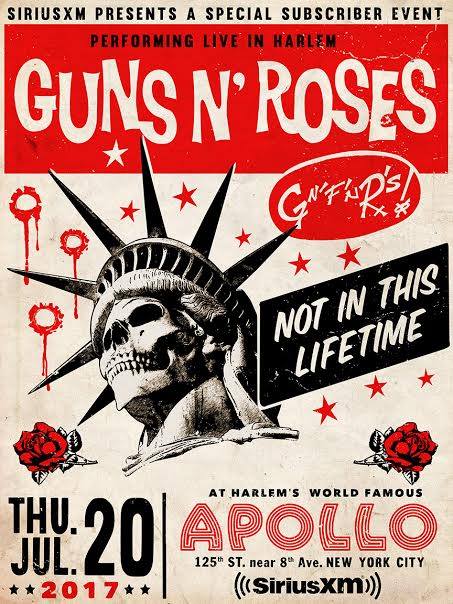