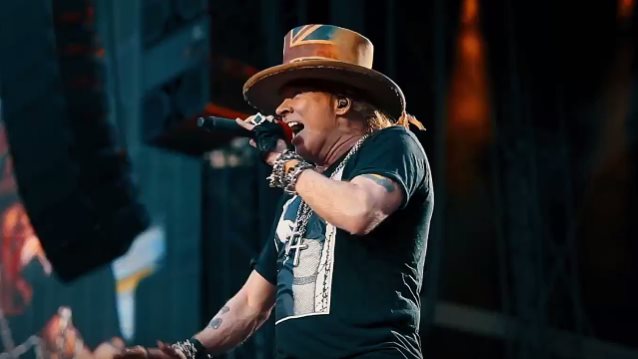 A previously unreleased "piano" version of the classic GUNS N' ROSES song "November Rain", taken from the upcoming reissue of the band's classic 1987 debut album, "Appetite For Destruction", can be streamed below.

"Appetite For Destruction" will be re-released on June 29 in a "Locked N' Loaded" box via Universal Music Group.

The "Appetite For Destruction: Locked N' Loaded" box is the one true GN'R Holy Grail. The box includes the Super Deluxe Edition with four CDs featuring the album newly remastered for the first time ever; "B-sides N' EPs" newly remastered; the previously unreleased 1986 Sound City Session N' More recordings; a Blu-ray Audio disc with the album, bonus tracks and music videos in brand new 5.1 surround sound along with the unearthed music video for "It's So Easy" originally shot in 1989 but never finished; and a 96-page hardcover book showcasing unseen photos from Axl Rose's personal archive and a wealth of memorabilia.

Among the rare and previously unreleased material are two songs GUNS N' ROSES recorded with producer Mike Clink, "Shadow Of Your Love" — laid down during a trial session that resulted in Clink getting the production job — and an acoustic version of "Move To The City", which was recorded during the "GN'R Lies" sessions. Additional highlights of the unreleased audio include the first two work-in-progress recording attempts of the 1991 epic masterpiece "November Rain" which was originally penned as the ballad for "Appetite", covers of songs like Elvis Presley's "Heartbreak Hotel", AEROSMITH's "Mama Kin", two distinctly different recordings of THE ROLLING STONES' "Jumpin' Jack Flash" (one electric, one acoustic) and two never-finished tracks/jams, "The Plague" and "New Work Tune".

On the vinyl front, the original "Appetite For Destruction" album has been broadened to 2LPs for the first time, including expanded gatefold jacket art and a limited-edition foil printed plastic slipcase. The music itself is being presented on three sides only for maximum audio fidelity, with the fourth side featuring a vinyl Hologroove Hologram of the band's iconic logo. Seven seven-inch singles are also included: the five original singles from the album, plus one for "Patience" and a new song, the aforementioned "Shadow Of Your Love". All of the bonus tracks appearing on 12-inch vinyl will only be available in the "Locked N' Loaded" box, including a reissue of the band's first EP, "Live ?!*@ Like A Suicide".

Disc One - Appetite For Destruction 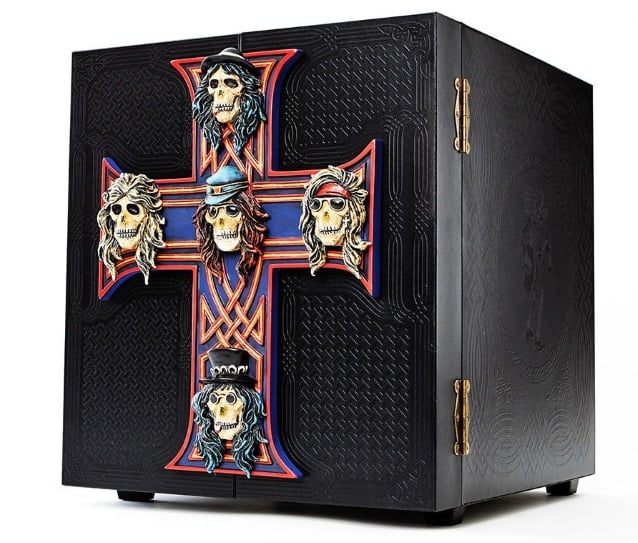 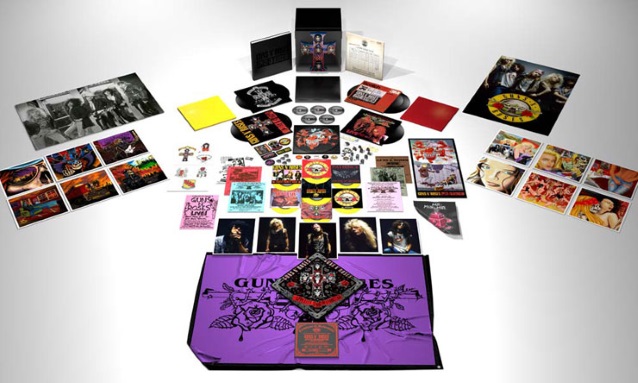 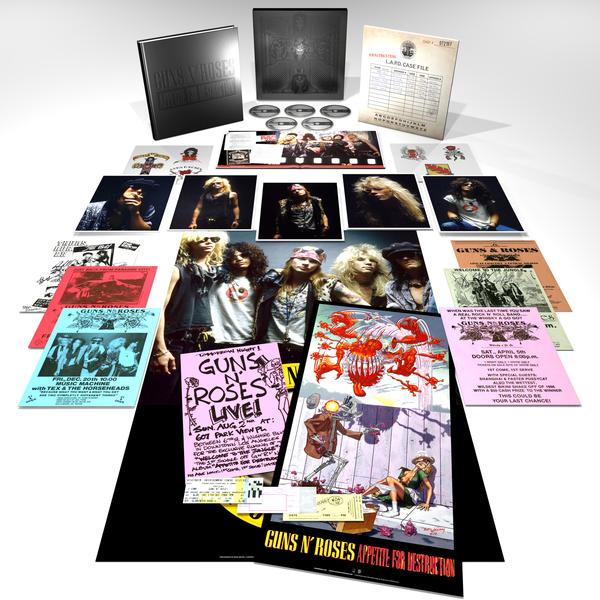 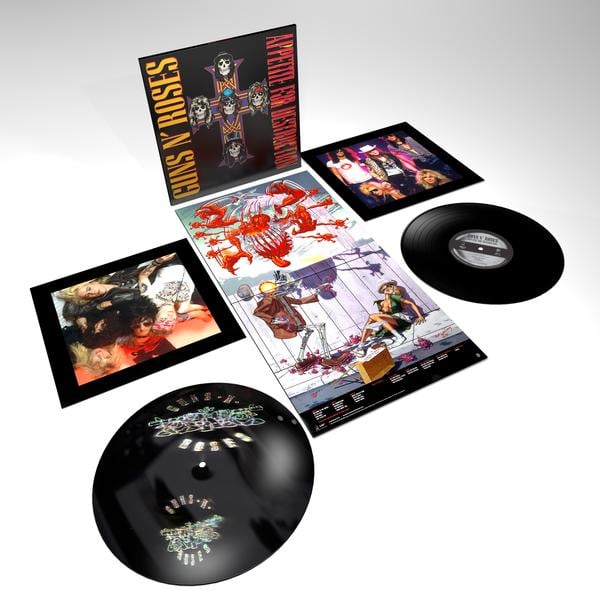