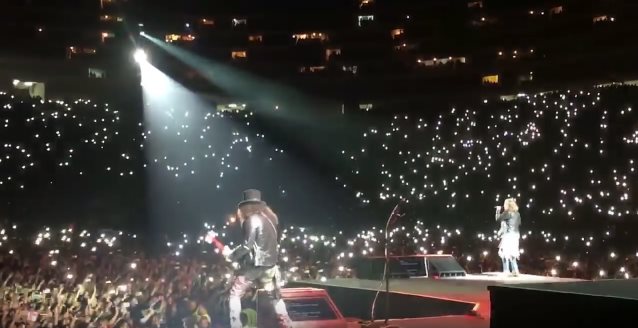 GUNS N' ROSES kicked off the South American leg of its "Not In This Lifetime" tour last night (Thursday, October 27) at Estadio Monumental de Universitario de Deportes in Lima, Peru.

The setlist for the concert — which was reportedly attended by more than 30,000 people — was as follows:

According to Billboard, GUNS N' ROSES' North American "Not In This Lifetime" summer stadium tour grossed a whopping $116.8 million with over one million tickets sold, a staggering amount for a rock band in 2016. 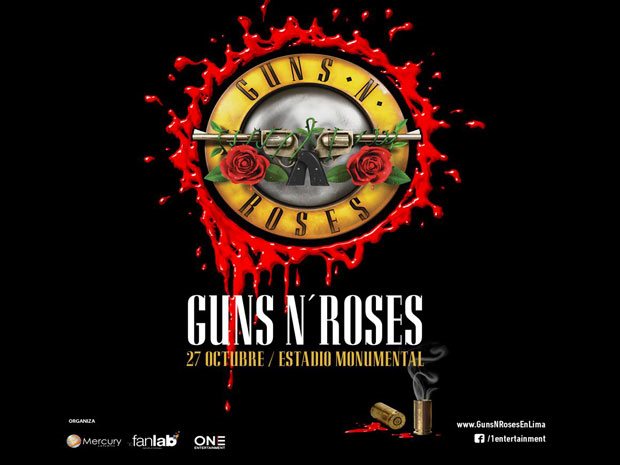