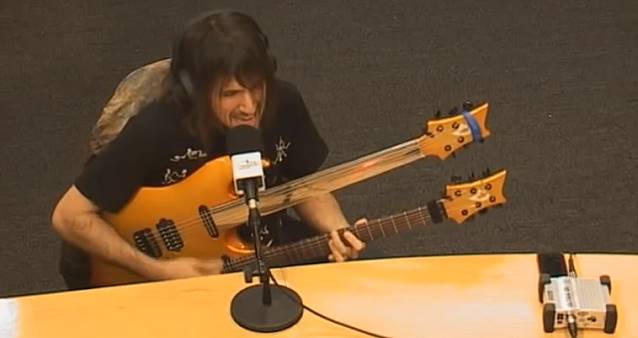 GUNS N' ROSES guitarist Ron "Bumblefoot" Thal was interviewed on a recent episode of "Met Al Metal", Israel's biggest metal radio show hosted by the brothers Lior and Niv Peleg. You can now listen to the entire show using the audio player below.

Thal admitted in a recent interview with the "Totally Driven Radio" podcast that he was not pleased with GUNS N' ROSES' shows consistently starting very late due to singer Axl Rose's tardiness. Although he said "that hasn't happened for a long time," Thal revealed, "I absolutely had the hardest time out of anybody in the band with that stuff… I mean, hell, if I have to wait five minutes longer in a doctor's office, or in traffic or something like that, I'm starting to get annoyed. So imagine, if that's five minutes, imagine two hours. Yeah, I get it; I totally get it. It's not like I don't care, it's just — there's nothing I can do."