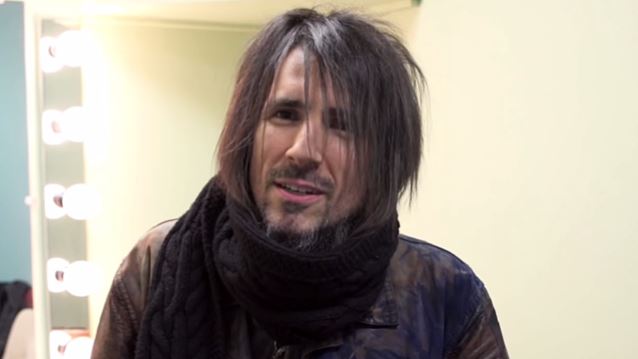 On March 10, Jason Saulnier of Music Legends conducted an interview with GUNS N' ROSES guitarist Ron "Bumblefoot" Thal. You can now listen to the chat in the YouTube clip below.

Speaking about how long it took for him to complete his recently released tenth CD, titled "Little Brother Is Watching", Thal said: "Really, it was not that long. It flowed pretty well from the point that I really started doing it."

He continued: "I started writing songs specifically knowing that it was time to make a new album — which it's been time for a long time, it's just I felt like it was reaching the point where I couldn't wait any longer. It was, like, that point when you're holding your breath under water, where either you need to pop up for air or you're gonna inhale water. It was at that point. It was, like, I need to do this now or I'm just gonna suffocate. I cannot go any longer without having my creative juices flow. It was always so many tours you can do. And it was the end of December 2013, and I just started… I had a few song ideas that I was holding off on, just the start of them, but I was leaving them open for possibly doing them with GUNS or doing them with people I was producing. And, finally, I just said, 'All right, let me just move forward with this.' And I started finishing those songs, and writing new songs, and started tracking right in between tours. I finished a South American tour, and jumped in the studio with Dennis Leeflang, the drummer, and we recorded half the album. Then I did another tour, [I was] home for three days, and then we did another tour — that 'Guitar Gods' tour with Yngwie. And then I got back and finished the rest of the drums and then kind of took it easy, travel-wise, for the rest of last year and just really focused and kept momentum and finished the album."

"Little Brother Is Watching" was released on February 24. The disc was composed, produced, recorded, mixed and mastered by Bumblefoot at his studio in New Jersey, and also features drummer Dennis Leeflang and a crowd of 100 fans stomping, chanting and singing backing vocals recorded at a listening party in New York.