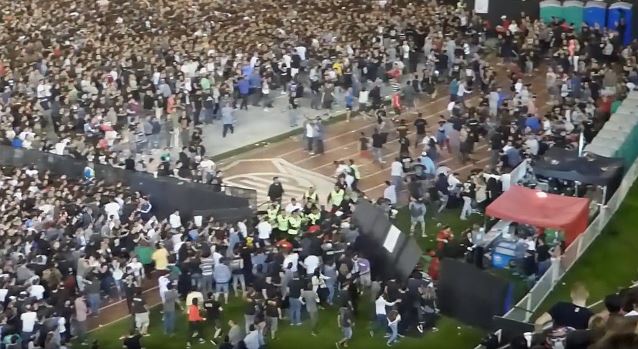 A mini-stampede broke out at Friday's (November 4) GUNS N' ROSES concert at River Plate Stadium in Buenos Aires, Argentina when fans appeared to rush into the VIP area, leading to a man apparently being punched in the head by one of the security guards hired by the concert promoter. Video footage of the scene can be seen below (the punch occurs at around the 13-second mark).

Friday's GUNS N' ROSES concert saw the band reunited with drummer Steven Adler, who got up on stage to play one song: "Out Ta Get Me".

Adler previously played "Out Ta Get Me" and "My Michelle" on three separate occasions during the U.S. leg of GN'R's "Not In This Lifetime" tour. Those shows marked Adler's first appearances with GUNS N' ROSES since 1990, although he performed with members of the band at their 2012 induction into the Rock And Roll Hall Of Fame.

GUNS N' ROSES recently concluded the North American leg of the tour and will also perform in several other South American countries, Australia and New Zealand. A European trek is reportedly planned for next summer. 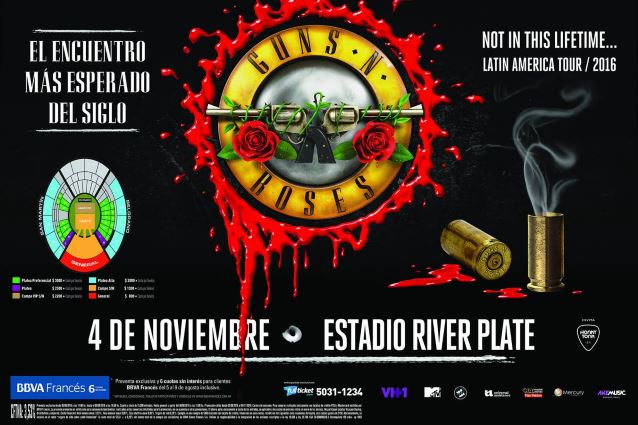