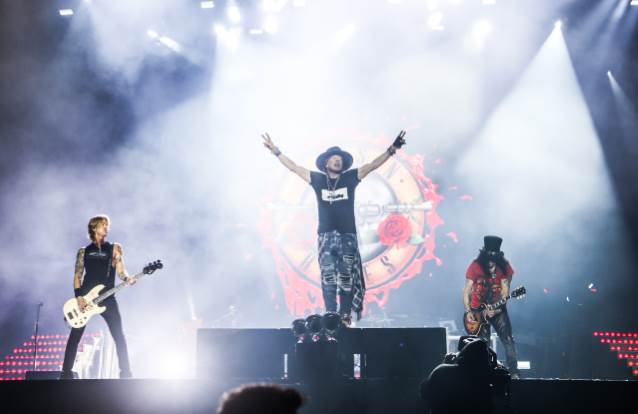 The GUNS N' ROSES "Appetite For Destruction" 3D vinyl is officially licensed and offered in a limited edition of only 1987 through KnuckleBonz, Inc. Each 3D vinyl statue is hand-painted and comes with a certificate of authenticity printed on the back. Created to capture some of the most iconic images in album art, this 3D vinyl is 12 inches tall and 12 inches wide, and this unique collectible can be desk-mounted or wall-mounted. Only 1,987 are made.

"In 1987, GUNS N' ROSES released 'Appetite For Destruction', arguably the greatest debut album of all time," remarks Tony Simerman, founder/creative director of KnuckleBonz, Inc. "After all these years, the band is still very closely tied to the iconic skull and Celtic cross album art depicted here. It was a sculptor's dream to work on the detailing of the skulls for the five original members."

GUNS N' ROSES has just released a deluxe edition of "Appetite For Destruction". The package includes 73 songs — including 49 tracks that never before been released — spread out across four CDs and seven 12-inch 180-gram vinyl LPs.

In addition to a remastered version of the original album, the set contains the 1986 "Live ?!*@ Like A Suicide" EP, a second EP containing B-sides from the era, 25 previously unreleased recordings from the band's 1986 sessions at Sound City studios, and two previously unreleased tracks from the recording sessions. A super deluxe version also includes a 96-page hand bound book with unreleased photos from singer Axl Rose's personal archive, 12 new lithographs visualizing each song from the original LP, and replica memorabilia.

There are no plans — at least for now — for the original band that cut "Appetite For Destruction" to reassemble and perform the album in its entirety on tour, despite rumors that such an event was in the works.

GUNS N' ROSES recently returned to the road for a seven-week European jaunt, continuing the semi-reunion tour that started in April 2016 and features Rose, guitarist Slash and bassist Duff McKagan.

Former drummer Steven Adler and guitarist Izzy Stradlin, who both played on "Appetite", have not been part of the reunion trek, although Adler did play drums on two songs at a handful of stops on the tour.

"Appetite For Destruction" was certified in September 2008 by the RIAA (Recording Industry Association Of America) for U.S. sales in excess of 18 million copies.

The LP has reportedly accumulated worldwide sales in excess of 28 million since its 1987 release.

The album's original cover, based on the Robert Williams painting "Appetite For Destruction", depicted a robot rapist about to be punished by a metal avenger.

After several music retailers refused to stock the album, they compromised and put the controversial cover art inside, replacing it with a cover depicting a cross and skulls of the five band members. 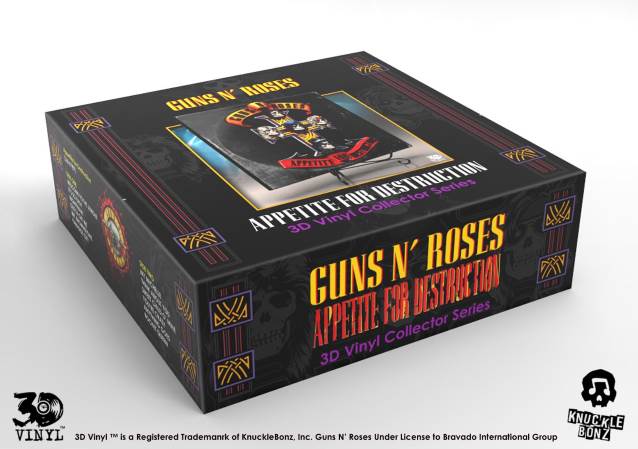 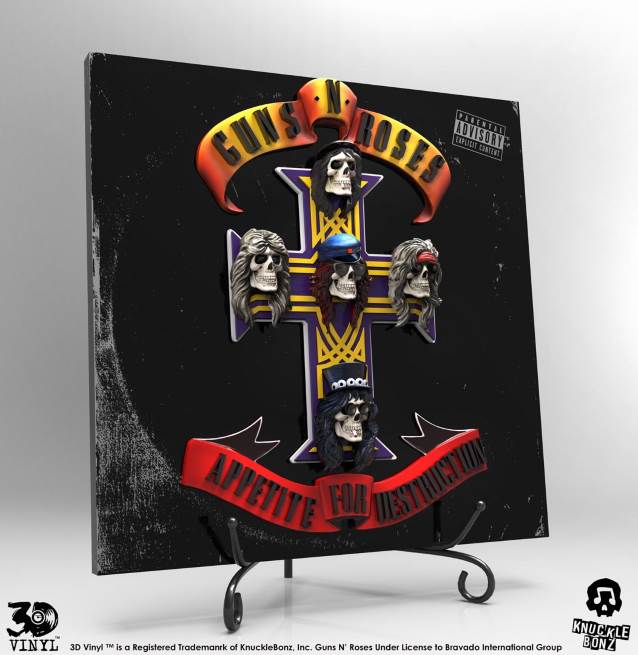 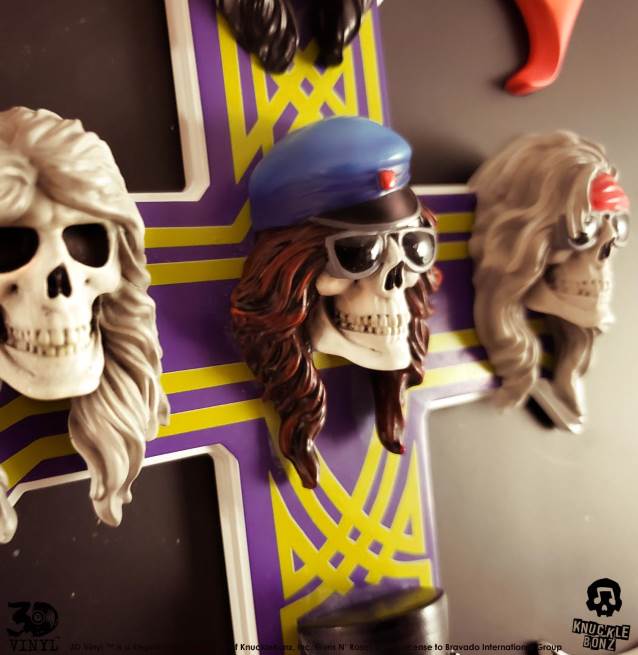