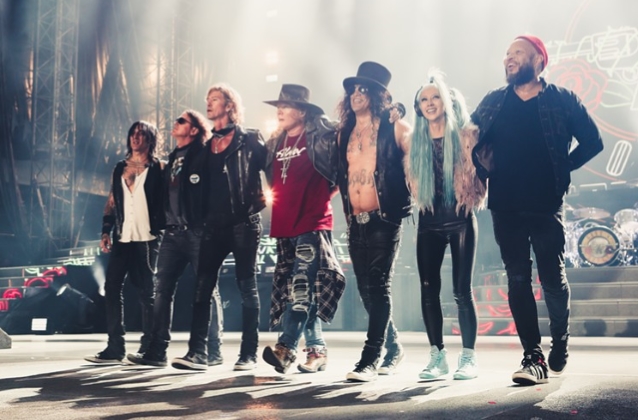 GUNS N' ROSES is bringing its outrageously successful "Not In This Lifetime" tour back to the U.S this fall — and for the first time in 2019.

With fans hungry for more GN'R, today the band revealed eight new dates across the United States, kicking off September 25 in Charlotte, North Carolina. The shows include two back-to-back nights on Friday, November 1 and Saturday, November 2, in Las Vegas at the legendary Colosseum at Caesars Palace, GN'R's most intimate venue since the 2017 performance at the Apollo Theater.

These eight shows join a previously revealed run of major festivals that will bring the band to cities across the United States, along with two colossal stadium dates in Mexico. The wide range of festivals GN'R will hit include Louder Than Life, Austin City Limits, Exit 111 and Voodoo Music + Arts Experience.

Since the end of the tour last year, guitarist Slash and bassist Duff McKagan have both returned to solo endeavors. 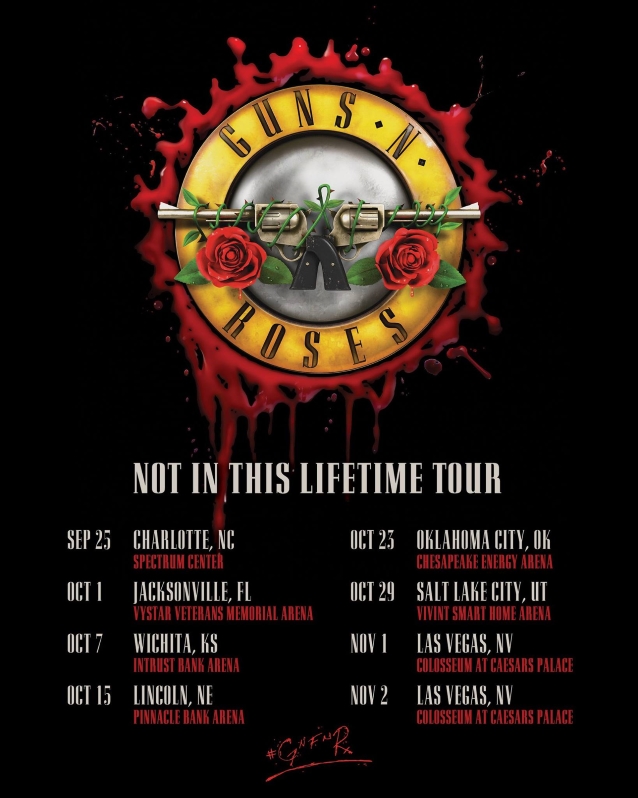