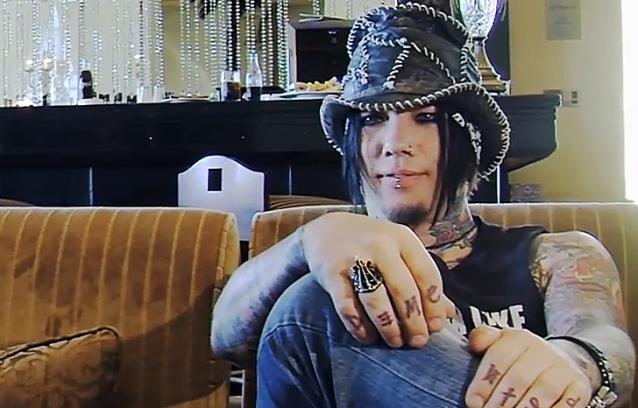 The latest episode of the "Talking Metal" podcast (web site) features an interview with GUNS N' ROSES and SIXX: A.M. guitarist Daren Jay "DJ" Ashba. You can now listen to the podcast using the audio player below. (Note: The Ashba chat begins around the 21-minute mark.)

Ashba, who joined GUNS N' ROSES in March 2009 following the departure of Robin Finck, spoke to The Sydney Morning Herald in February 2013 about being in one of rock 'n' roll's most contentious acts.

"It's the craziest roller-coaster ride you'll ever be on," the 40-year-old axeman said, "but I wake up every day grateful to be in the position I am. I don't know many guitar players out there who wouldn't kill to be in my spot, so I refuse to take it for granted."

Ashba, who moved to Las Vegas in January 2012, teamed up with BullyVille.com, the Internet's first anti-bullying social web site and media platform. The guitarist also focuses on his media consultancy, fashion line and automotive detailing group.