A new two-dollar eBook tells the story of the making of GUNS N' ROSES' 1987 album "Appetite For Destruction".

Author Martin Popoff talks with Slash, Duff McKagan and a number of key behind-the-scenesters who helped make "Appetite" the biggest, boldest "dirty hair metal" statement of the '80s and indeed all time.

One of those behind-the-scenesters was NAZARETH guitarist Manny Charlton, who produced early demo sessions with GN'R. "I thought they were great," says Charlton. "I just thought they were a band, with a capital 'B' at that point. They all seemed to be pulling their weight, and everybody seemed to be on the money and straight. They were good. It wasn't like I had to tell them what to play, or how to play it.

"When they did "November Rain", I said, 'That's a fantastic song; that's a great song, that should be on the album, that.' And Axl was going, 'No, no, no, that's for the next album.' And of course they had 'Welcome To The Jungle', which was stunning."

Recalling the intro to "Sweet Child O' Mine", Slash says, "It was just something I made up while I was sitting around with Izzy. It just happened to be something I stumbled on that afternoon. So I was just trying to perfect it and Izzy started playing the chords that went underneath it. Then Axl heard us doing it, and all of a sudden he was onto something."

"If you didn't get the GN'R phenomenon at the time or even afterward," says Popoff, "you'll definitely come away with an understanding of why the whole thing took off, from the honesty and fire within the belly of the beast, to the industry forces pushing and shoving the guys from outside."

"Ye Olde Metal: Guns' N' Roses' Appetite For Destruction" is available as a 10,000-word ebook in PDF, mobi and ePub formats from Zunior, and ePub format from iTunes. 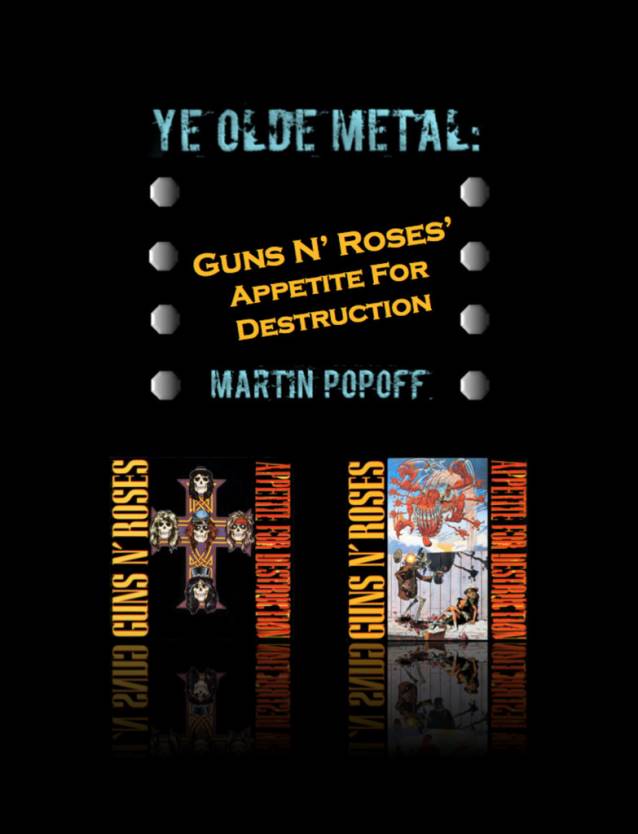