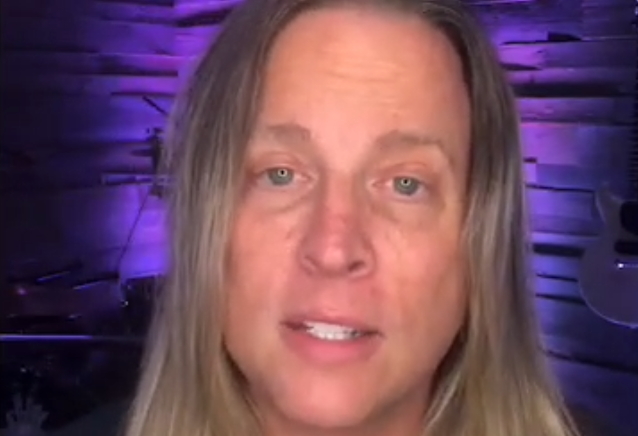 Gunnar Nelson has once again taken issue with coronavirus lockdowns around the country, saying it was "stupid" for the United States to shut down at the beginning of the pandemic and cause "a lot of businesses" to go under.

"We all know who the high-risk people are," he continued. "Of course, somebody who's going through cancer treatment, or if they made some lifestyle choices that put them at risk or whatever, of course, they should stay home. I get it. But it's the flu. What can I say? It's the flu."

Gunnar also talked about how the COVID-19 pandemic has altered so much of our lives, and that includes how we socialize.

"We're social creatures," he said. "I think the most difficult thing, to be honest with you… I don't know if you guys [in Australia] had mandates of lockdowns and stuff. We did here in the beginning of this whole thing, which I think was stupid for our country to do, and a lot of businesses went under. Then that breeds alcoholism and drug addiction and despair in general. I think it's just really been tough on humans, 'cause we're social creatures. It's just very difficult to not trust your neighbor and to not socialize with them. It's gonna have an impact."

COVID-19 is said to be more contagious, more deadly and causes more long-term complications than influenza.

A recent study showed that COVID-19 patients had an in-hospital death rate two times higher than that of influenza patients.

Gunnar and his brother Nelson are the leaders of their band called NELSON which celebrated the 30th anniversary of the release of its double-platinum debut LP "After The Rain" this past June.

The Nelson are sons of rock royalty — their father was '50s and '60s rock and TV heartthrob Ricky Nelson — and grandsons of entertainers Ozzie and Harriet Nelson, and the nephews of celebrated actor Mark Harmon.

When Matthew and Gunnar hit No. 1 on the Billboard chart with NELSON's "(Can't Live Without Your) Love & Affection", it made the Nelsons the first family in history to have at least one No. 1 song across three generations.