Guitarist Mike Stone has announced his departure from QUEENSRŸCHE. He said in a statement, "After much consideration, I will not be joining QUEENSRŸCHE on the 2009 American Soldier Tour. I feel now is the time to focus on other musical endeavors, including my new band SPEED X with Nick Catanese of BLACK LABEL SOCIETY. I would like to thank all of the QUEENSRŸCHE fans around the world for being nothing less than amazing to me during my time with the band. You have treated me like gold, and I will never forget it. It has been an honor to be a part of the QUEENSRŸCHE family, and I wish Geoff, Michael, Scott and Eddie nothing but the very best."

QUEENSRŸCHE added in a statement, "We will miss [Mike]. He is a wonderful player and has contributed to our lives musically and spiritually. We wish him the best and hope to see him succeed in everything he chooses to participate in."

QUEENSRŸCHE's twelfth studio release, the epic concept album "American Soldier", will be available from Atco/Rhino on March 31 for a suggested list price of $18.98 (CD) and $9.99 (digital). The ambitious album encompasses a dozen songs inspired by numerous interviews with veterans conducted by Geoff Tate, the group's singer and chief songwriter, who was intent on telling their story using their words. After speaking with soldiers who served in various conflicts — from World War II to Iraq — Tate turned their firsthand experiences from the frontlines into an unflinching musical examination of the life of a solider and the consequences of war.

Soon after the release of "American Soldier", QUEENSRŸCHE will launch an extensive spring tour of the U.S., with international dates to follow later in 2009. The shows will be presented in three suites, with the band performing sets from "American Soldier", "Rage For Order", and "Empire". The first date of the tour will be April 16 at Snoqualmie Casino in the band's hometown of Seattle. 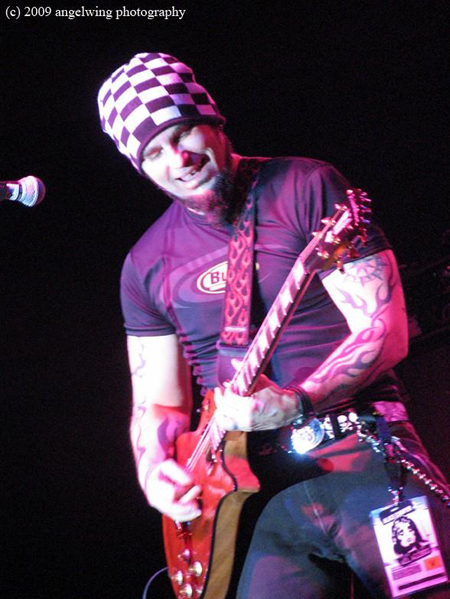