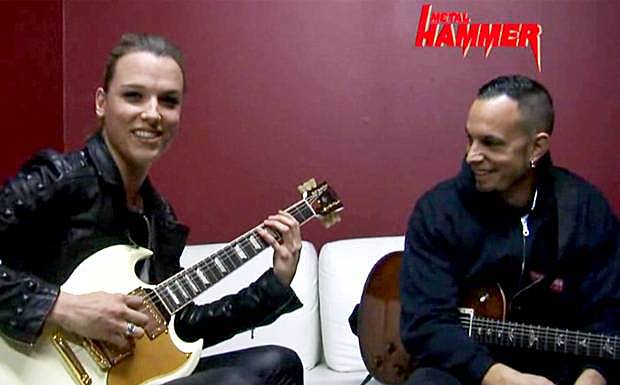 In the clip below (courtesy of Germany's Metal Hammer), Mark Tremonti of ALTER BRIDGE and Lzzy Hale of HALESTORM give advice to amateur guitar players about warming up before a live show and how to train your guitar skills.

The Pennsylvania-based band has relocated to Nashville, where it's set up its own studio, to begin work on its third studio effort.

HALESTORM's second album, "The Strange Case Of…", came out in April 2012 and spawned three hit singles, including the chart-topping "Love Bites (So Do I)" and "Here's To Us".