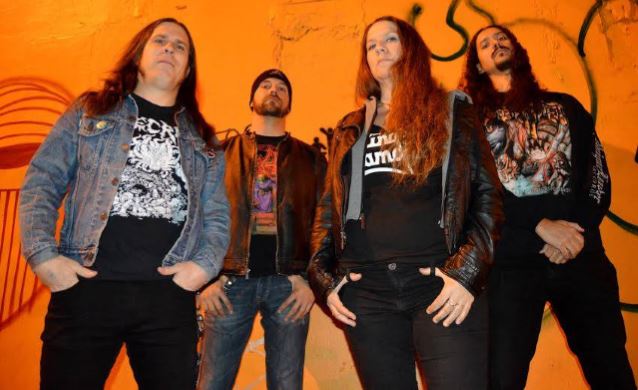 After exploding on to the death metal scene in 2015 with their "Leprosy"-inspired full-length debut "Savage Land", death metal wrecking crew GRUESOME — featuring current and former members of EXHUMED, POSSESSED, MALEVOLENT CREATION and DERKETA — returns in 2016 with a new EP titled "Dimensions Of Horror". Produced by the band and co-produced and recorded by Jarrett Pritchard at New Constellation RMP Studios in Orlando, Florida, "Dimensions Of Horror" is a gruesome salute to DEATH's iconic "Scream Bloody Gore" and once again features cover art by the legendary Ed Repka (DEATH, ATHEIST, MASSACRE). A six-song slab of grisly, bone-breaking death metal jams, "Dimensions Of Horror" continues the development of GRUESOME's homage to the founding fathers of the genre and proves that no matter the decade, old-school death metal is always relevant, always savage, and always irresistible.

Over the past year, GRUESOME has performed at numerous festivals worldwide, including Full Terror Assault Fest, Obscene Extreme America and Netherlands Deathfest. The band has also been confirmed for Maryland Deathfest in Baltimore this coming May. 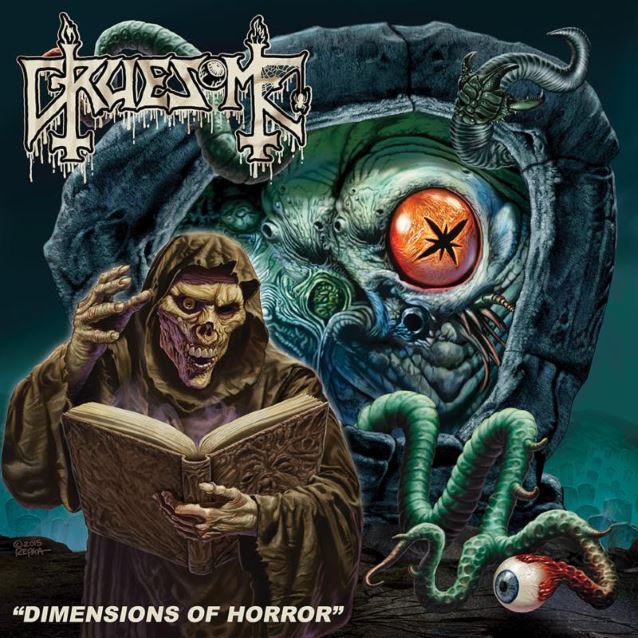