Grammy Award-winning band GRETA VAN FLEET will embark on a series of specialty events, "Strange Horizons" — its only headline shows in 2021 — at iconic venues, including FirstBank Amphitheater in Tennessee; Hartford Healthcare Amphitheater in Connecticut; Huntington Bank Pavilion at Northerly Island in Chicago, Illinois and Los Angeles's Greek Theatre beginning later this summer. These limited engagements follow the band's extensive touring history, which saw them sell more than one million tickets in five continents over the span of three years.

"It is truly a monumental time in history to be able to perform again," the band shares. "We are honored to experience these special shows with all of those who will be in attendance. Let us, once again, come together & celebrate the privilege of life."

Tickets are on sale this Thursday, May 27 at 10 a.m. local time at LiveNation.com. There will be a Peaceful Army fan presale on May 25, and a local venue presale on May 26.

Sonically, "The Battle At Garden's Gate" also feels bracingly modern, an embodiment of genre-blended musical freedom. Recorded in Los Angeles with Greg Kurstin (FOO FIGHTERS, PAUL MCCARTNEY), the album is ambitious and expansive, marked by epic journeys such as the second single, "Age Of Machine", and the Top 5 rock hit "My Way, Soon", which boasts a towering chorus hook and rip-it-up-and-start-again lyrics. 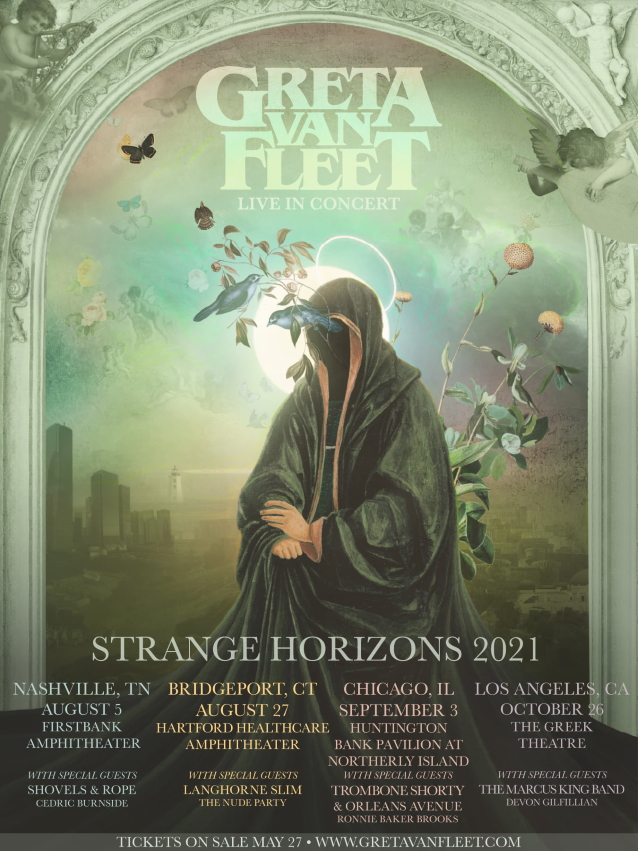