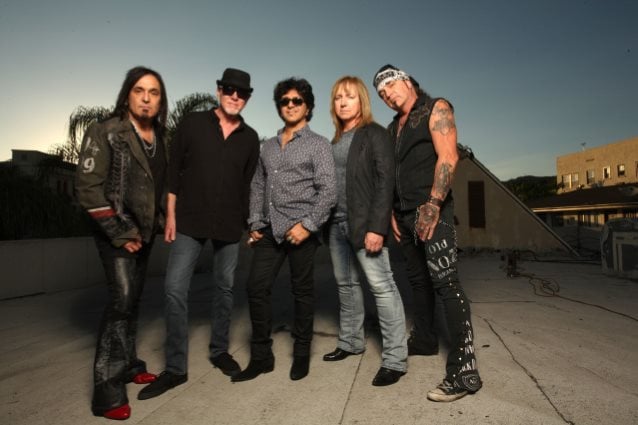 Grammy-nominated classic rock band GREAT WHITE is branching out into brewing by introducing its Once Bitten India Pale Ale (IPA).

Distributed by Redlands, California's Escape Craft Brewery, the Once Bitten IPA is refreshingly sharp. Crafted with the same integrity and patience found in the studio, Once Bitten's citrus-like base is brewed in the same vein as the guys in the band. Just as they celebrate their Californian roots, the awesome citrus bite is brewed like no other!

"It's impossible to capture the spirt and flavor, per se, of our fans," GREAT WHITE drummer Audie Desbrow said. "But in working with Escape Brewery, we feel confident we have something really special.

"Our fans are always sharing with us how their songs are a part of their lives. Now they can further celebrate that feeling and that energy. Cheers to our fans for being there with us all of these years."

The IPA can be purchased exclusively at Escape Craft Brewery beginning Saturday, June 10 at 721 Nevada Street, Suite 401, Redlands, California. Call 909-713-ESCP (3727) or visit EscapeCraftBrewery.com for more information. Must be 21 or over to purchase.

GREAT WHITE's new album, "Full Circle", was released on June 2. The effort sees the band re-teaming with its original producer, Michael Wagener. It's an honorable nod to their first EP, "Out Of The Night" (Aegean Records, 1983) and debut self-titled full-length record (EMI, 1984). Wagener, is, of course, the legendary producer behind ALICE COOPER, MEGADETH, METALLICA, OZZY OSBOURNE and a slew of other rock gods. 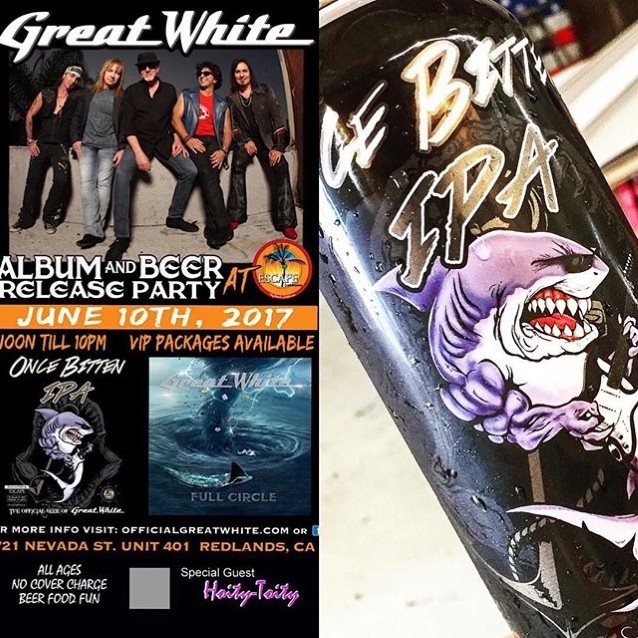