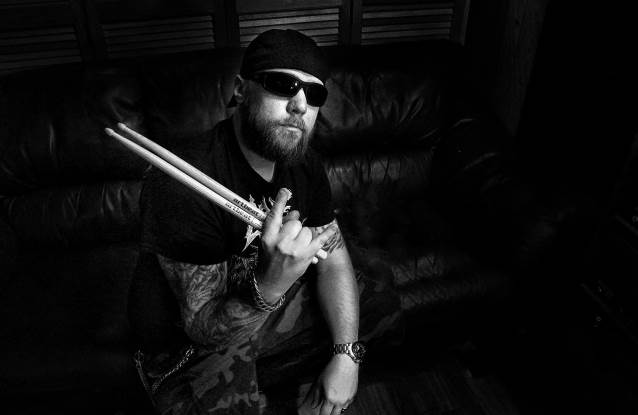 Swedish death metallers GRAVE have announced the addition of drummer Tomas Lagrén to the group's ranks.

The band states: "We have a new drummer. He has been with us for the past year and done a great job behind the drums. A hard-hitting son of a bitch and the brother of Mika."

GRAVE parted ways with drummer Ronnie Bergerstål at the end of 2016.

The band's latest album, "Out Of Respect For The Dead", was released in October 2015 via Century Media. The CD's eerie artwork was again created by Costin Chioreanu, who was responsible for the band's previous three albums as well as the "Morbid Ascent" EP. Chioreanu is also known for his collaborations with such acts as AT THE GATES, PARADISE LOST and ARCH ENEMY.