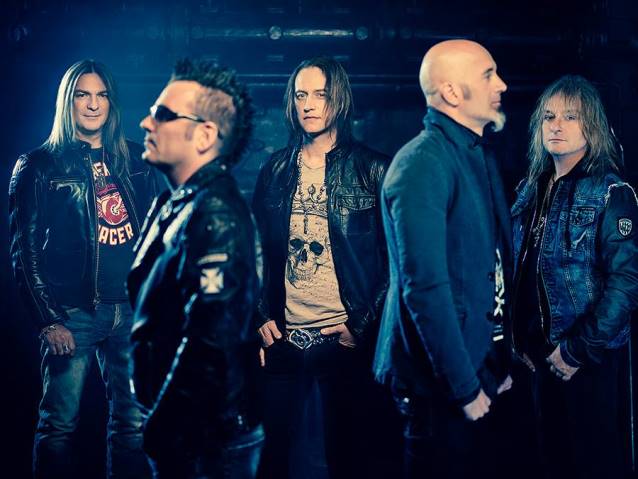 GOTTHARD has been at home touring the globe for over 20 years throughout Europe, North and South America and Asia on the back of 14 studio and live albums. They have collected multiple gold and platinum awards on the way, selling almost three million records and appearing at the biggest, most important festivals on the map of rock.

The dynamic boogie groove of the "BANG!" title track is also new ground for the band, reflecting their unbridled energy and pure confidence. Also worthy of mention is a duet with the unknown (so far) American vocalist Melody Tibbits on a ballad entitled "Maybe". As is the blues excursion the band takes in "Spread Your Wings". The final "Thank You" is a veritable epic complete with orchestra and goosebumps, flowing against radio friendly convention to a length of more than ten minutes. Written as a tribute to the departed mother of guitarist Leo Leoni, it serves as a homage to mothers everywhere.

The first single from the new album is "Feel What I Feel", a perfect demonstration of the group's talent for combining melodic vocals with strong guitar hooks. These songs are set against a background of classic GOTTHARD rock tunes like "Get Up 'N' Move On", "Jump The Gun" and "My Belief", which traditionally grace every album by the Swiss combo. All told, "BANG!" presents a compelling mix that is sure to take its rightful place in the proud legend of GOTTHARD.

Recorded and produced by Charlie Bauerfeind and GOTTHARD's own Leo Leoni at Yellow House Studios in Lugano in the Swiss canton of Tessin, "BANG!" was then mixed at the Dutch Wisseloord Studios (Mick Jagger, Paul McCartney, Tina Turner) by Ronald Prent, who has managed to keep the GOTTHARD sound but transport them into 2014. No wonder, after all Prent has worked in the studio with bands such as the SCORPIONS, 3 DOORS DOWN, DEF LEPPARD and WITHIN TEMPTATION.

Apart from a standard jewel case, the album will be available in digipack version, with two bonus tracks and also on vinyl.

GOTTHARD's last album, "Firebirth", entered the chart Switzerland at position No. 1 — the 14th time that a GOTTHARD CD has topped the Swiss chart in the group's career so far. In addition, the album landed at No. 9 on the German Media Control chart.

"Firebirth" was released in June 2012 via Nuclear Blast/Warner Music. The CD was produced at the band's own Yellow House Studios in Lugano, Switzerland, with guitarist/songwriter Leo Leoni and Paul Lani (who has previously worked with GOTTHARD on several of their earlier albums, including "G-Spot" and "Homerun") at the helm.

"Firebirth" marked GOTTHARD's first release with singer Nic Maeder, who was born in Lausanne, Switzerland, lived in Melbourne, Australia and grew up between Switzerland and "Down Under." 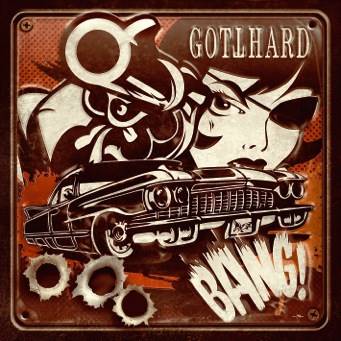