Long-running Italian technical death metallers GORY BLISTER will release their new album, "Graveyard of Angels", on April 6 via Mascot Records. The follow-up to 2006's "Skymorphosis" contains nine tracks that "reach a very technical death metal made with old-school anger," according to the band.

Commented guitarist Raff: "This new record is the natural prosecution of GORY BLISTER's goal to mix old-school aggression, technical skills and progressive music into classic death metal. The sound has acquired a lot more personality; you'll always experience originality both in riffs and lyrics. As for the lyrics, they're written from a point of view inspired by the latest world events. In this concept, fantasy stories usually serve as a metaphor. The lyrics deal with the wickedness in human beings that slowly bring themselves to their own destruction."

A nine-minute video clip featuring behind-the-scenes footage from the making of "Graveyard of Angels" can be viewed below.

The "Graveyard of Angels" artwork can be seen below.

A new song called "The Descent" is available for streaming on the band's MySpace page.

"Skymorphosis" came out in January 2006 via Holland's Mascot Records. 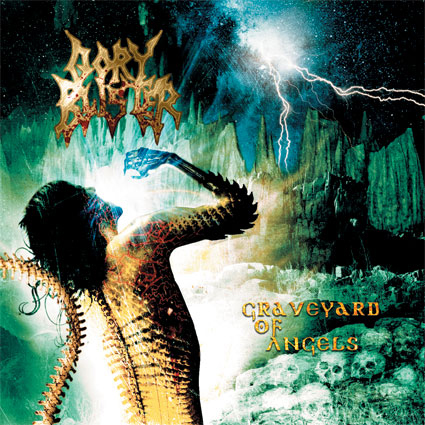