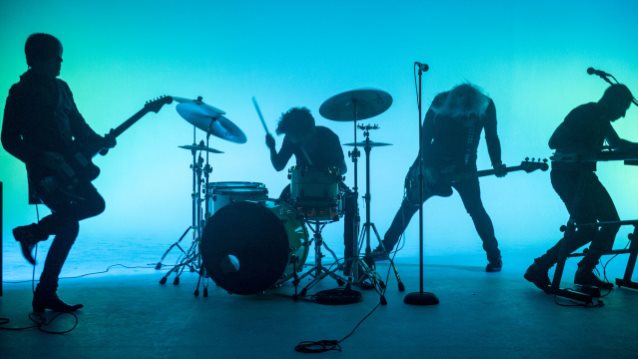 The official video for "Starlight", a brand new song from GONE IS GONE, the new project featuring MASTODON's Troy Sanders, AT THE DRIVE-IN's Tony Hajjar, QUEENS OF THE STONE AGE's Troy Van Leeuwen and guitarist-keyboardist Mike Zarin, can be seen below. The track is featured on GONE IS GONE's self-titled debut record that will be released on July 8 via their imprint label Black Dune Records in partnership with Rise Records/BMG. Digital pre-orders are available now at iTunes and will include instant downloads of "Violescent" and "Starlight" and physical pre-orders of the limited edition vinyl EP are available now at GoneIsGone.merchnow.com.

Says Sanders about "Starlight": "Facing adversity with magnitudes of willpower. Amassing strength to erase fear and fulfill all void with purpose. A story of survival mode. This one hits close to the heart."

"Starlight" premiered Tuesday at Beats 1 Radio and is the second single from the band’s forthcoming debut EP. The video for the track was filmed in May 2016 at Pollution in Los Angeles and was directed by Raul Gonzo (†††, PVRIS).

The band has also announced their first tour dates, which include shows in Los Angeles, New York and Washington D.C. in July. Tickets go on sale Friday at 10 a.m. local time at www.GoneIsGoneOfficial.com.

What was once thought a distant idea is now reality. It began when members Tony Hajjar and Mike Zarin were writing music for film trailers and they realized they had created a sound that needed a life outside of that medium. It needed a band. Fast forward through some phone calls and drinks: Troy Van Leeuwen was in. The trio met and wrote an EP within the first several sessions, but were still in need of the right vocalist. Upon first listen, Troy Sanders understood the vision and flew to Los Angeles to write and record vocals on the spot.

In the interview with RollingStone.com, Tony Hajjar said: "GONE IS GONE is a project that can live even when we are working with our other entities as well. The goal is to be able to compose remotely, if needed, on film, trailers, or on anything else that comes up... It feels good to know that all this music will see the light of day soon."

Added Sanders: "The vibe from Day One was, and has been, very therapeutic and refreshing for me. The chemistry was immediate."

GONE IS GONE made its live debut on April 27 at the Dragonfly in Los Angeles. 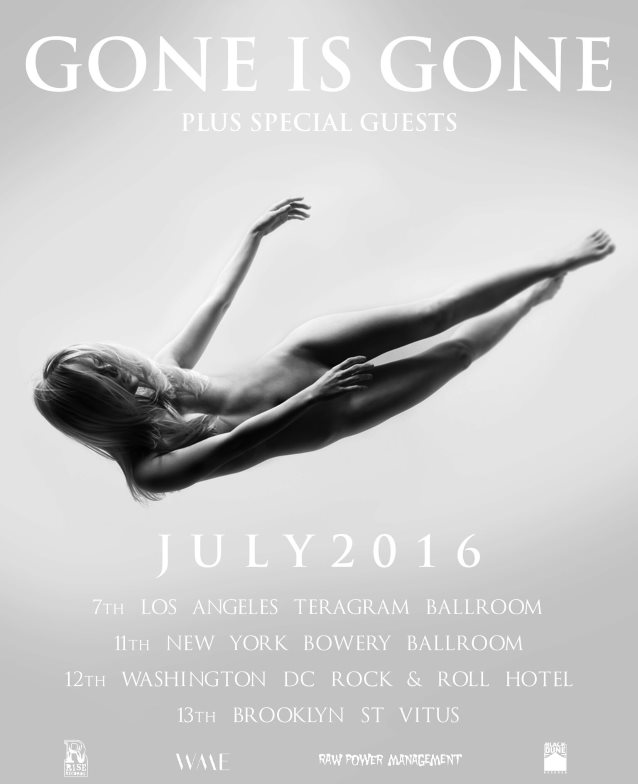