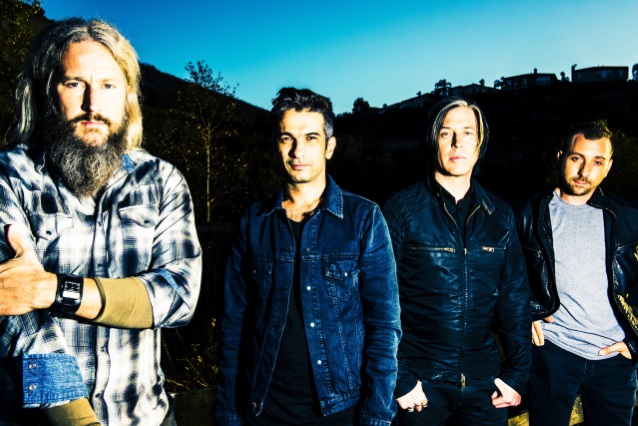 GONE IS GONE, the project featuring MASTODON's Troy Sanders, AT THE DRIVE-IN's Tony Hajjar, QUEENS OF THE STONE AGE's Troy Van Leeuwen and guitarist-keyboardist Mike Zarin, has released the video for "Phantom Limb". It's a visual feat, like a watercolor painting come to life and set to the beautiful, dirge-like music. It was directed and edited by Bryan Bankovich and produced by Meredith Kooi.

"'Phantom Limb' is a tale of seek and find," says Sanders. "The song explores a cause of sensation and is inspired by one's ability to overcome what was once there."

He continues: "We shot this in one beatiful day amongst the ruins of Fort Dade on the isolated island of Egmont Key in the Gulf of Mexico. It was filmed with our good friends at Newmerica, which was once again a most pleasurable experience."