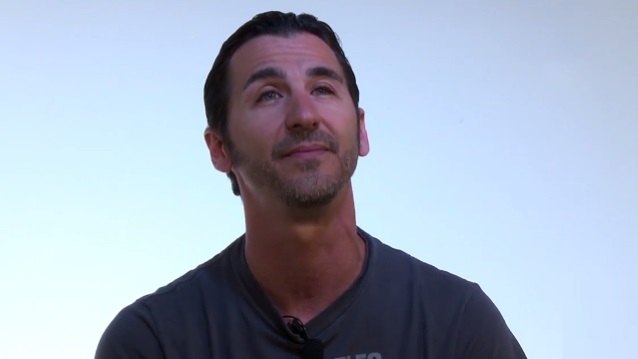 Dave "Higgo" Higgins, formerly of Australia's long-running rock station Triple M, conducted an interview with GODSMACK frontman Sully Erna during this year's Soundwave festival. You can now listen to the chat in the YouTube clip below.

Asked whether he feels that rock and metal music is enjoying a bit of a resurgence at the moment, Erna said: "It's hard to say. Heavy metal and hard rock music, at least in the States, have experienced some pretty heavy storms, and it's really sunk into some valleys. But it's cyclical, and it comes around all the time. So it's just a matter of time when it hits again. And that's why we feel really blessed, because we really weathered some nasty storms. And we're still here, and it's still relevant, and so we're blessed to be here playing our music. And hopefully, at some point, it will come around full strength again, because a lot of the pop music and stuff like that has really dominated for a while."