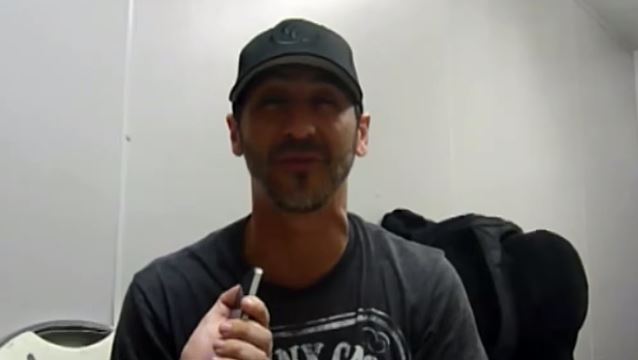 Spotlight Report conducted an interview with GODSMACK frontman Sully Erna during this year's Soundwave festival in Australia. You can now watch the chat below.

Asked which other band he was especially looking forward to seeing at this year's Soundwave, Erna said: "Probably JUDAS PRIEST. You know, they were one of my childhood hero bands. I really, really love them. They changed my life in metal. They were one of those bands that, when the first time I heard 'Victim Of Changes', it just blew me away. It was one of those moments that I just knew I was witnessing something great. So I've always been a real big fan of JUDAS PRIEST."

GODSMACK paid tribute to JUDAS PRIEST at the 2006 "VH1 Rock Honors" event by playing a medley of "Electric Eye", "Victim Of Changes" and "Hell Bent For Leather" (see video below).