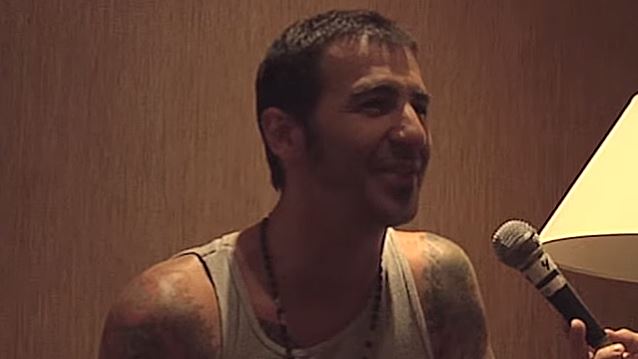 On May 10, Mike Karolyi of iRockRadio.com conducted an interview with with GODSMACK singer Sully Erna backstage at Mohegan Sun Arena in Uncasville, Connecticut. You can now watch the chat below.

Speaking about when fans can expect to see the follow-up to his solo debut, 2010's "Avalon", Erna said: "I'm working on stuff now. It's ready when it's ready. It's one of those things that the solo stuff… I take my time with that, because I'm not under the gun with some kind of record label and deadlines and things like that. I think 'Avalon' came out really special, because there was no timelines or restrictions or demands or expectations; it was just write as I write, and when it's done, it's done. And even though I have some stuff built and written, I don't really know where that record's gonna go musically yet. So I'm gonna continue to write, and when I collect enough songs that feel like it's gonna be an album, then I'll put that out. I'm really hoping [to] maybe finish something by the end of the year, if not early next year, and release it by next year. But, again, we'll have to see."

He toured behind the album with a large ensemble that incorporated many of the instruments heard on the record.