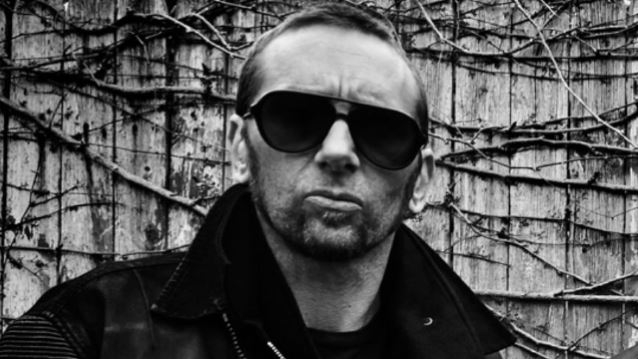 In a brand new interview with Examiner.com, GODSMACK drummer Shannon Larkin was asked about the band's seeming insistence on being called a "hard rock" act instead of being lumped under the "heavy metal" tag.

"We just feel that heavy metal, which we love and were raised on, it has a lot of shredding guitar leads and double bass on the drums, and not as much melody in vocal choruses," Shannon explained. "So when these new songs [on GODSMACK's latest album, '1000hp'] started taking shape on this one, we wanted to make it more of a punk rock record.

"We all love the RAMONES, and grew up listening to just as much punk rock as metal. But since we're not punk rock, it ended up sounding more hard rock to us, more AC/DC than METALLICA.

"We look at heavy metal, bands like AVENGED SEVENFOLD who have dual guitar attacks and a singer that wails and sings real high. And we look at us, and we obviously have facets of heavy metal music, because of the tone on the guitar. Chunk, we call it. Chkkk Chhkk! We definitely have metal in our sound, but when we compare ourselves to other bands that are labeled heavy metal, such as VOLBEAT or FIVE FINGER DEATH PUNCH or AVENGED SEVENFOLD, we just feel like more of a hard rock band. But that doesn't mean we don't love heavy metal, and if someone asks us about being in a heavy metal band, we don't say, 'We're not heavy metal.' But we're kind of flummoxed by it, the way we're still flummoxed by how people 15 years later still say we sound like ALICE IN CHAINS. I'm a huge ALICE IN CHAINS fan, and I just don't hear the similarities. It's the kind of thing that makes me scratch my head. We're heavy metal but we sound like ALICE IN CHAINS? Weird."

In a recent interview with Revolver magazine, GODSMACK frontman Sully Erna spoke about how his band was erroneously labeled a "nu metal" act when the group's debut album was released in 1998. "It always really bothered me that when we came out, it was during a period when the KORNs and LIMP BIZKITs and all that was blowing up and, no disrespect to those bands because they made a huge impact on the music scene, but we got lumped into that category, and I used to hate it because I knew we weren't that," he said. "And our first record was definitely a hybrid of so many different influences that I was personally listening to at the time. I was listening to ALICE IN CHAINS. I was listening to NINE INCH NAILS. I was listening to PANTERA. I was listening to METALLICA. It's no wonder that record was kinda all over the place. But I think as we started to go down the road, we began to identify our strengths. We knew we weren't going to be a rap-rock band. We knew we weren't going to be a techno band. Our roots rely on what we grew up listening to. The SABBATHs. The AEROSMITHs. The JUDAS PRIESTs. That kind of straight-up hard-rock/metal sound. And even with that, we never really considered ourselves a metal band. We always rode that line, but we never put ourselves in a metal category. Most of our stuff, it's more traditional hard rock music. And that's who we are, man. We're just a hard rock band."