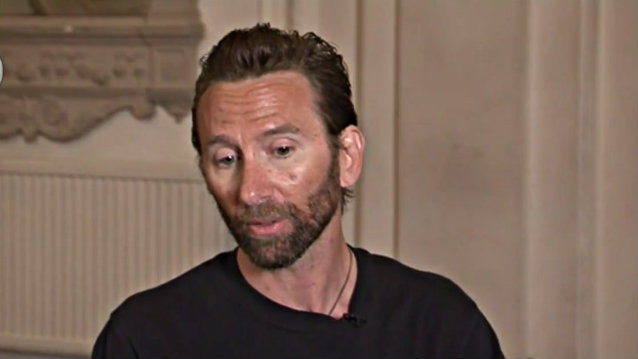 Sid Black of the 94.3 KILO radio station in Colorado Springs, Colorado recently conducted an interview with GODSMACK drummer Shannon Larkin. You can now listen to the chat using the audio player below.

The title track from "1000hp" is currently topping the rock radio chart and the band has just released an official video for the song. Sully Erna told The Pulse Of Radio that even though it was the last song written for the record, he knew it had to be the first single. "To me, once 'Horsepower' came out, I'm like, you know, look, this is a no-brainer," he said. "I mean, it's just obvious. Not only is it a fast, fun, punk kind of song, but it's about the history of the band. I mean, why wouldn't we launch that? Not only did we launch it first, but we felt like it kind of gave us a theme, going back to the roots, the beginning."